Pisgah House - A Sheffield Social Centre for a Week

The long planned, public occupation of a derelict, University of Sheffield owned, listed building as a progressive social centre lasted less than a week after the Sheffield establishment moved swiftly to evict the squat. Despite the short stay a lot of political activity took place in Pisgah House and the collective have now moved on to 10 Northumberland Road [photos] and the events that were planned for Pisgah House will now take place there. However a trespass hearing which took place on Wednesday 14th October was followed by another eviction, one week after the Northumberland Road building was squatted.

The case that the University made against the Pisgah House occupation was overtly political, they were unable to cite complaints about noise or disruption to the residential area or damage to the building to justify the eviction, rather they claimed that the occupation would give a bad impression to political dignitaries; "there are plans for a number of University Open Days and a visit from the Leader of Sheffield Council and senior Liberal Democrat Party politicians including Lord Ashdown and Nick Clegg during October. The University has concerns that these could be disrupted by the occupation and events stemming from it and a very bad impression given to visitors of the University. This could affect student numbers and University revenue in the future." In The Star coverage The University said that "We regret the fact that at a time of cost savings, valuable university funds were required to take legal action", which is very ironic since the article ends with "£5m Revamp of students union building: Page 13"... 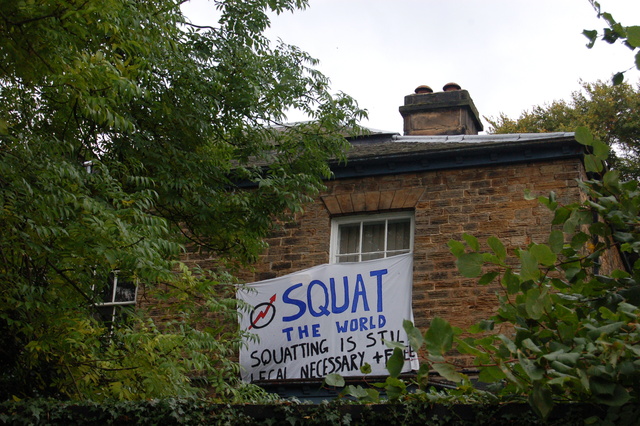