National campaigning group Animal Aid has today released footage taken secretly at three randomly chosen abattoirs, which offers an unprecedented close-up of the true inner workings of typical British slaughterhouses that kill pigs, sheep and cattle. The film convincingly disposes of the myth of stress- and pain-free ‘humane slaughter’. The 40 hours of footage shows more than 1,500 animals being stunned and more than 1,000 being killed. Animal Aid anticipates the revelations will provoke a plain-speaking debate involving consumers, politicians, regulators and the industry. 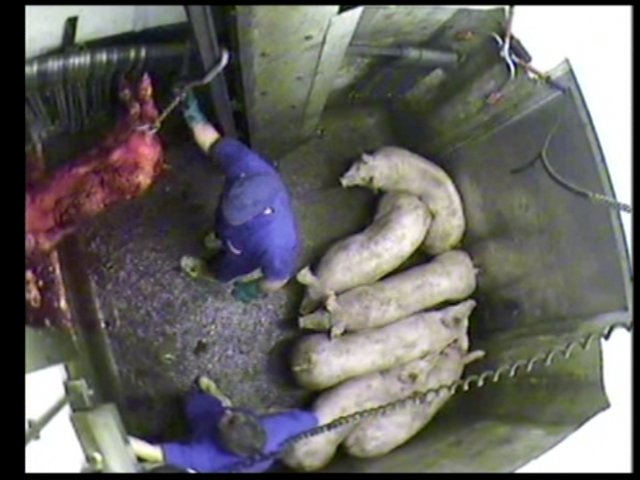