On Saturday the 8th of August the first Sunderland Speak Out Against Racism was held. The street meeting was well attended with 15 people actively taking part and a high level of interest and support provided. 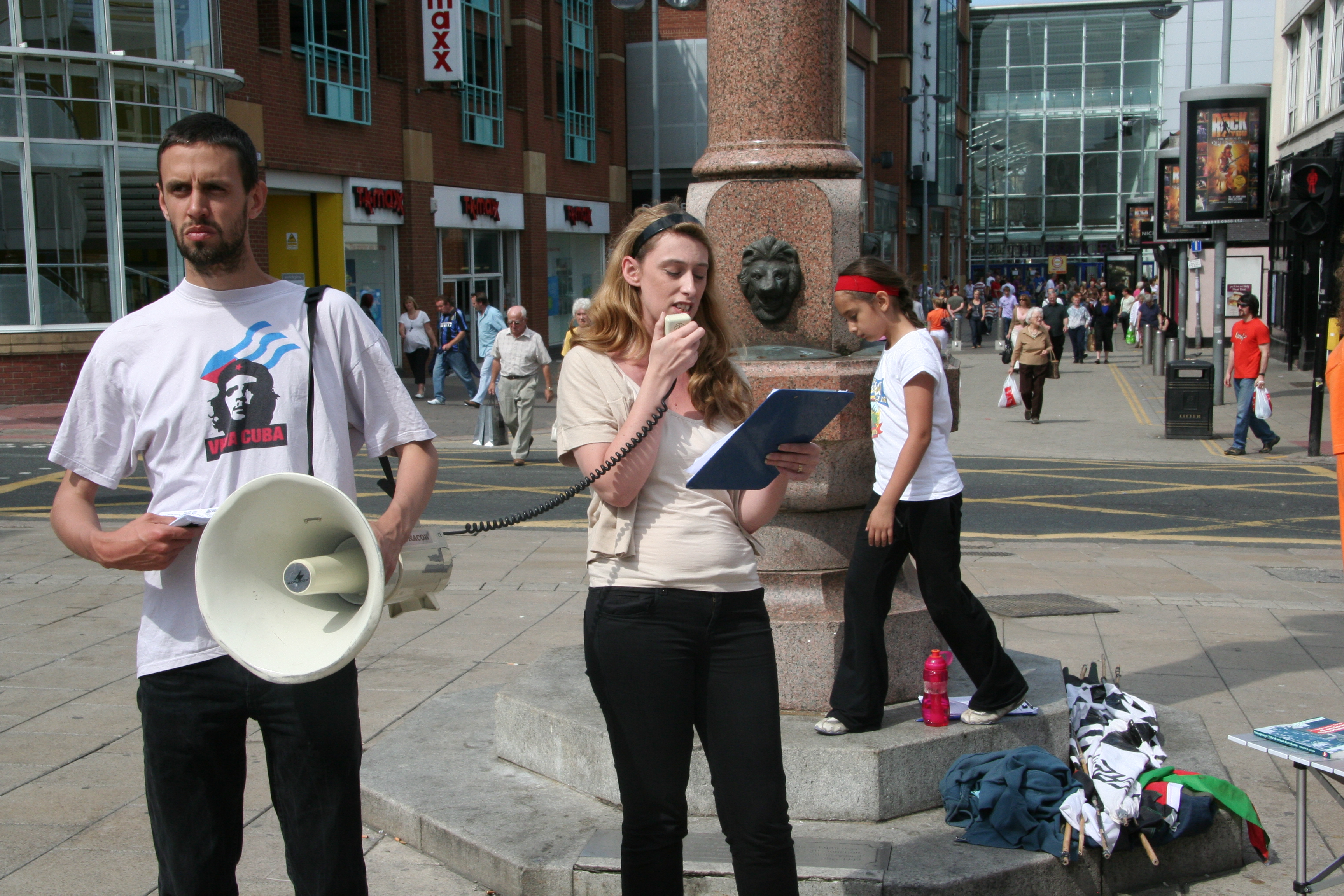 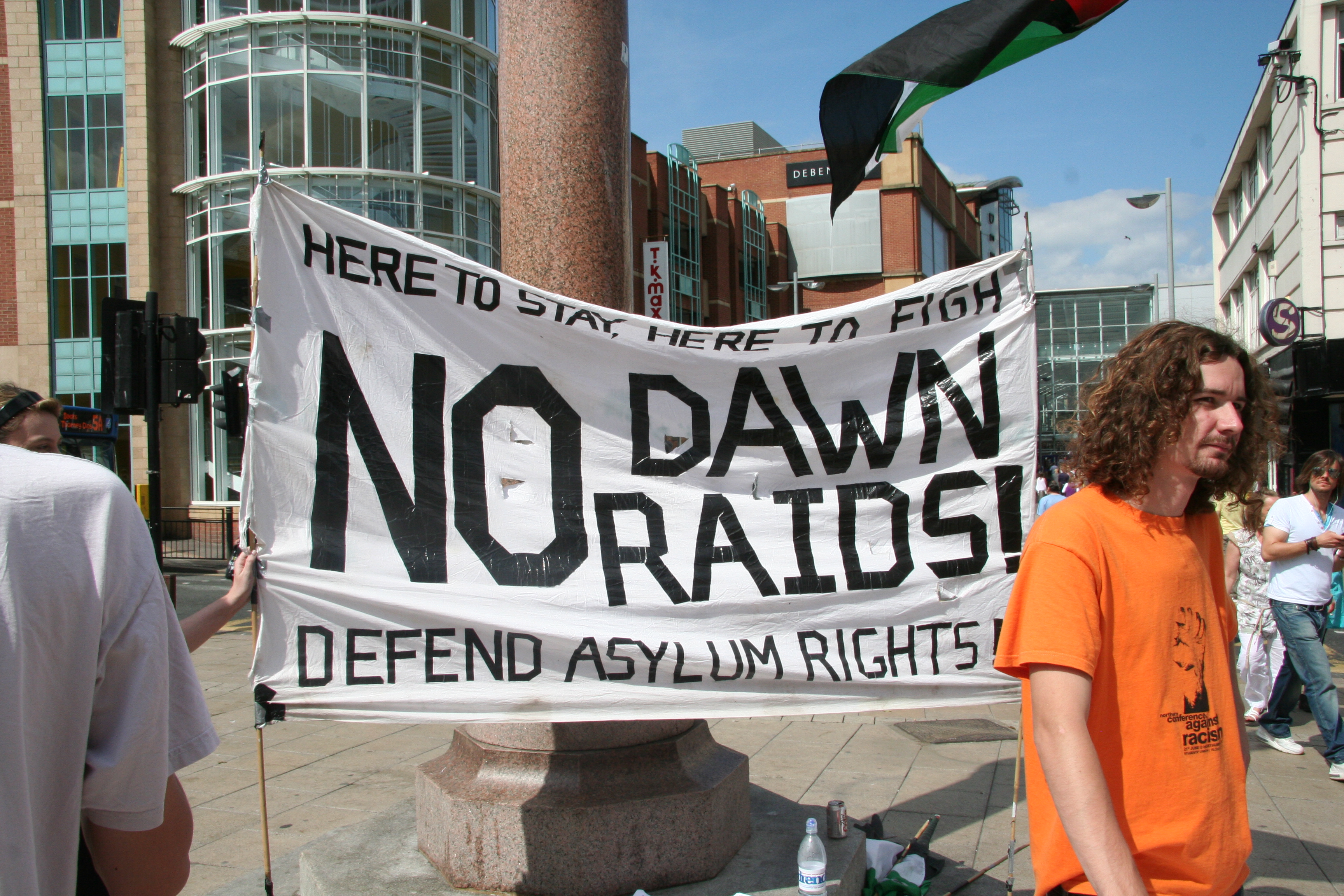 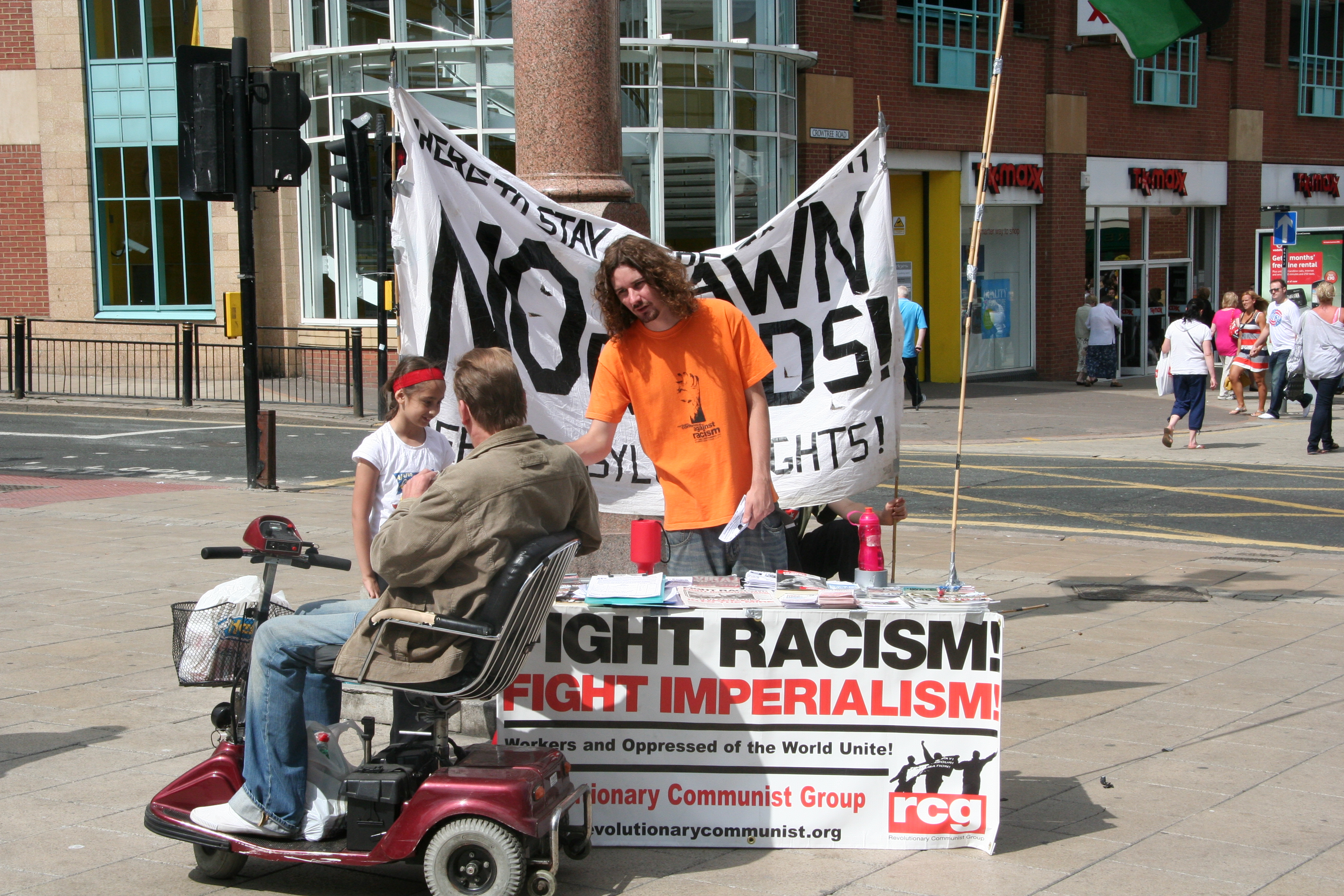 This event was organized by Fight Racism! Fight Imperialism! North East as part of its ongoing efforts to build the movement across the region against the Labour Government's racist policies. It was received with great interest and support throughout the day.

The speak-out highlighted the system we are livening in is in crisis with state racism at its core. Activists spoke about the relationship between imperialism and racism, arguing that racism is the form which national oppression takes within an imperialist country like Britain. That imperialist nations brutally exploit and impoverish oppressed nations, justifying their plunder and wars on the basis that people in these countries are inferior or have brought their oppression on themselves. That they then use immigration laws to keep out people fleeing from the resulting war and poverty. The British working class is encouraged to see immigrants as the cause of its problems rather than capitalism. State racism and divide-and-rule government tactics are creating a fertile recruiting ground for overtly racist parties like the British National Party.

Speaking at the meeting Thomas Vincent from Fight Racism Fight Imperialism stressed the need for a socialist response and highlighted capitalism's inherent contradictions. That the system we're are living in is in crisis: a corrupt government, a corrupt parliamentary system which bails out the banks protects the interests of the ruling class whilst hospitals are closed, social welfare attacked, housing neglected and an interminable war strategy running unabated.

Other speakers and activists used the meeting as an opportunity to state the main force behind racism in Britain today: the British state - the government, its police, prisons, courts, army and media. The British state is engaged in a vicious attack against immigrants. Racism is used to justify the system of exploitation. That the Labour party has waged wars and attacked resistance movements internationally and if we are to change this then we must demand a complete split from the Labour party. That the millions of people who are dying in countries like Iraq; Afghanistan are the victims of wars of economic theft.

Barbara Phipps founder of the Lee David Phipps foundation spoke of the institutional racism within the police and throughout the British Justice system. Barbara lost her son to a racially motivated murder in 2006. The foundation has been created to support families who have suffered racism, murder, violence and received no support from the state and its agencies.

The youngest participant of the speak-out, aged 8, bravely talked about the racism faced by Palestinian people from Israel and the affects on the children in Palestine. Saying that she doesn't understand why we allow it to continue. The young activist was an inspiration to us all.

There should be decent health, education and work for all people regardless of nationality. We need to build an internationalist movement; a movement for socialism which can stand up against racism. This demand for a decent life for all should not only be in this country but worldwide. A socialist movement of this kind is a necessity for us all.

As Britain's capitalist crisis increases its hold, the Labour government is stepping up its offensive against migrants and state racism is on the rise.

- Immigration detention capacity has increased from just 250 spaces in 1993 to 3,038 spaces with plans in the pipeline to increase the detention estate by 60% by 2012. Foreign nationals in criminal prisons are currently being moved into designated ‘ghetto' prisons.
- In November 2008, Immigration Minister Phil Woolas boasted that the government is deporting immigrants at a rate of one every eight minutes. It is making increasing use of charter flight mass deportations.
- Ten years after the McPherson Inquiry into the death of Stephen Lawrence branded the Metropolitan Police ‘institutionally racist', black people are still seven times more likely to be stopped and searched than white people are.
- Anti-terrorism laws are being indiscriminately used to round up Muslim and Asian people and criminalise their communities. On 8 April 12 innocent Pakistani students were arrested on the pretext they were planning a bombing campaign. When it became apparent they were innocent they were handed over to the Borders Agency to be detained pending deportation

More speak outs will be taking place in Sunderland through the autumn, and we encourage all anti-racist individuals and groups in Sunderland to make contact get involved and add your voices, banners, literature and anything else you have to contribute to these events.

FRFI will be holding a public meeting in Sunderland on Monday 17th August, at 7pm upstairs at the Royalty on Chester Road, under the heading 'Corrupt Economy, Bankrupt Politics: Don't Vote, Organise to Fight Back!'. All anti-racists are welcome to attend and add join the debate.

NO DETENTION! NO DEPORTATIONS! NO TO STATE RACISM!