The fascist British National Party have called on their members to support Peter Tierney, BNP lowlife and local ‘businessman’, who is on trial on August 5th. Tierney is charged with assault, following an attack on an anti-fascist protester in April.

Let’s show the BNP that we won’t tolerate their racism and violence in Liverpool or anywhere else.

Tell your friends and let’s have a really big turnout on August 5th.

Stand up to fascism.
Join us on August 5th 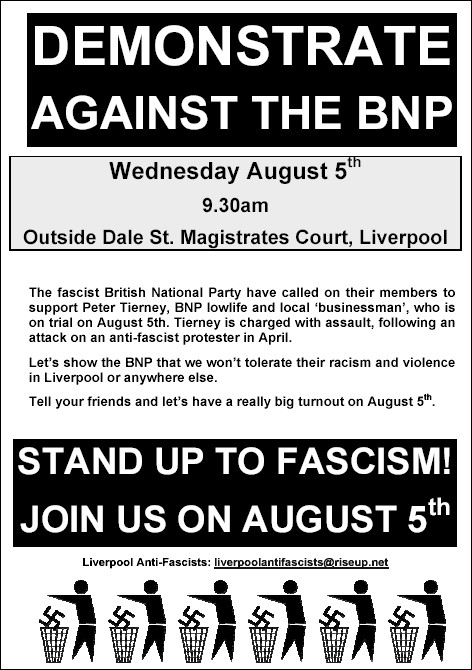