Right to privacy broken by a quarter of UK’s public databases, says report

A new report entitled Database State by the Joseph Rowntree Reform Trust shows just how far towards fascism the modern UK state is leaning. The so called ‘War on Terror’ has been used to introduce practices and laws that our forebears would have found utterly abhorrent (in fact our ancestors have won hard fought battles throughout history to ensure basic freedoms for all - Magna Carta anyone?). The excuses are always the same “It’s for your protection.” and “The innocent have nothing to fear.” 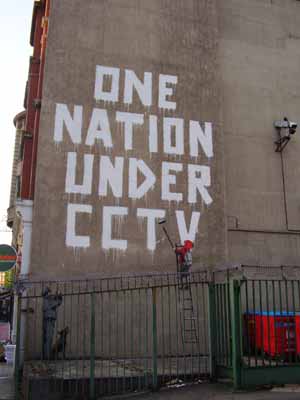 How many times have we heard the same old bullshit, how many times have they guaranteed that there’s nothing to worry about - tell that to the people who’s details were on the Child Benefit Database discs that were ‘lost’ in October, 2007!

The report finds that only 6 out of 46 databases assessed have “a proper basis for any privacy intrusions and are proportionate and necessary in a democratic society.” Unfortunate no blatantly classed divided society has the right to call itself ‘democratic’ - and this isthe most openly class divided country on the planet!

As for the finacial costs - the government already spends 16 billion a year on IT and they’re planning to spend an extra 100 billion pounds of public money (which they’ll probably have to borrow seeing as we’re now skint thanks to them already giving our money to the banks) on their ‘Transformational Governement’ (aka ‘Techno-Fascist’) programme over the next 5 years even though only 30% of government IT projects actually succeed.

Databases and ID Cards are bad, but when combined with video surveilliance they become positively dangerous.

Information Commissioner, Richard Thomas, has already warned that the UK was running the risk of “sleep-walking into a surveillance society. [...] In the last 10 or 15 years a great deal of surveillance in public and private places has been extended without sufficient thought to the risks and consequences, [...] Our society is based on liberty and democracy. I do not want to see excessive surveillance hardwired into British society.”And this from a man who actually has faith in government!

This artical writen and published by underclassrising,net is copyleft:

This artical writen in reply to this:
Right to privacy broken by a quarter of UK's public databases, says report