Photos: Lobby of Sheffield Council to protest against the massacres in Gaza

Supporters of the Sheffield Palestine Solidarity Campaign gathered outside Sheffield Town Hall on 7th January 2009 before going into the public gallery to raise the issue of the massacres in Gaza at a full Council meeting. 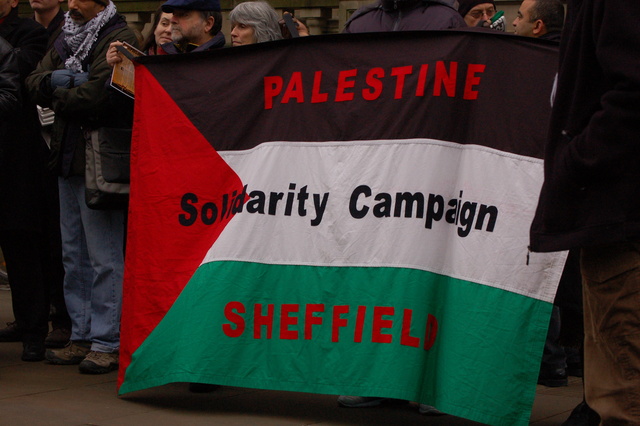 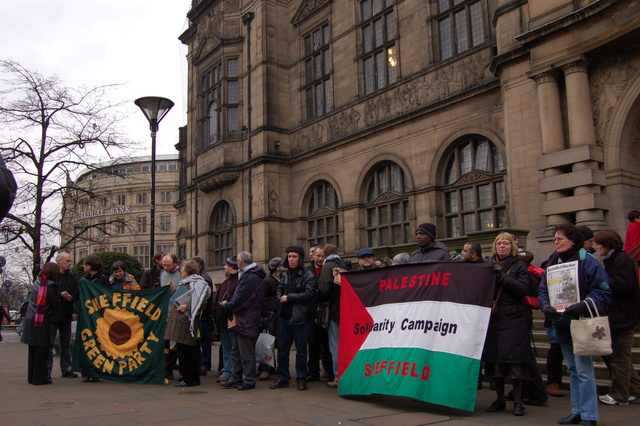 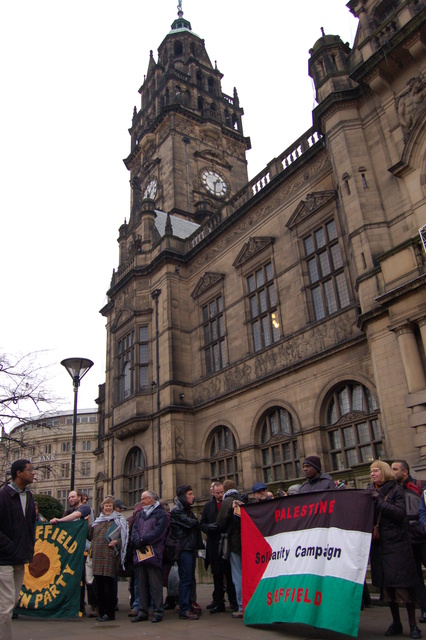 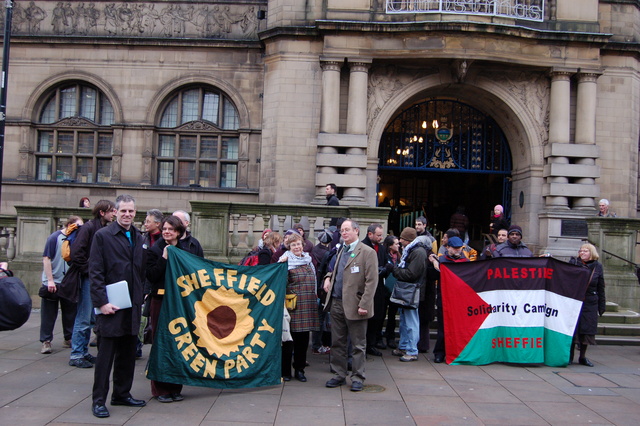 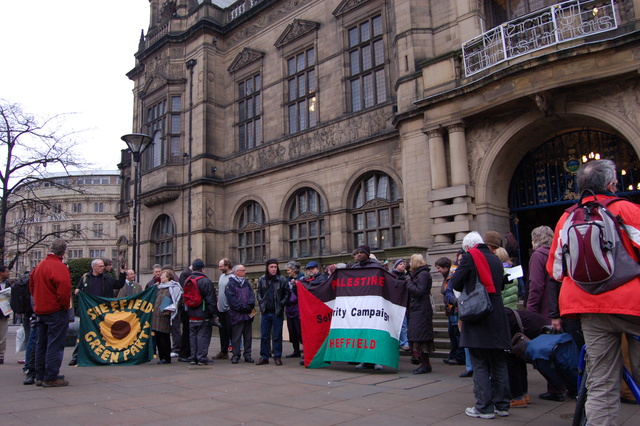 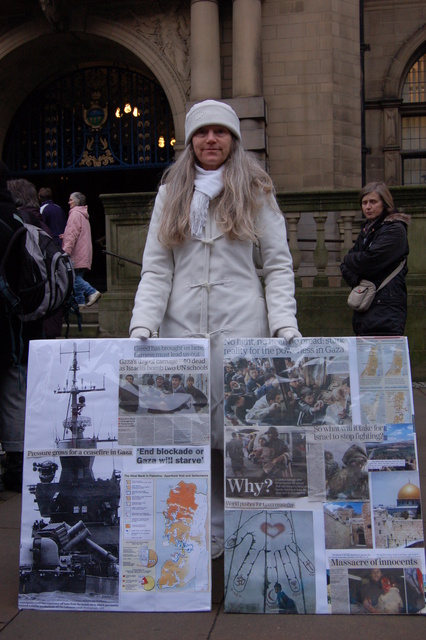 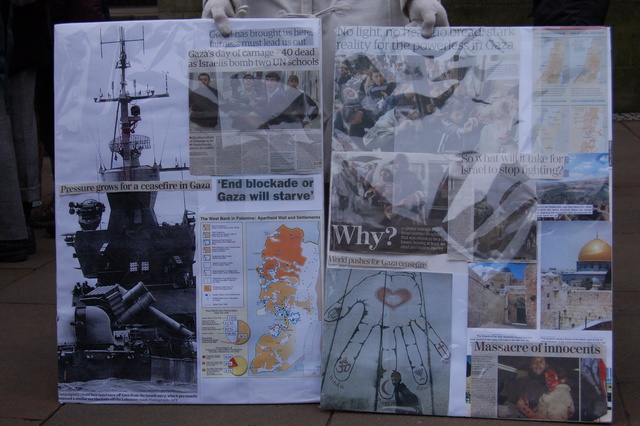 Also - vigil in Sheffield city centre from 12 on Saturday for those unable to travel to London.

Protests are taking place in many countries - please make sure we add the voice of Sheffield people to the call for an end to Israeli outrages.