GUANTANAMO FROM BOTHS SIDES OF THE WIRE

A national tour to mark seven years of unlawful detention, abuse and torture 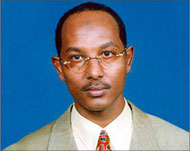 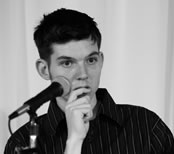 Guantanamo Bay stands as one of the most potent symbols of unlawful detention in the world today. The detention of suspected terrorists as the prison camps has evoked emotion from those seeking its closure and continuance.

Cageprisoners presents Two Sides – One Story­, a tour of the UK that brings those on opposite sides of wire at Guantanamo together for the first time.

Chris Arendt, a former guard at the base has agreed to speak about his experiences in detaining suspected terrorists and bring new insights into the way the US administration carried out policies against them.

Also for the first time the detained Al Jazeera journalist Sami El Haj will be speaking with Moazzam Begg as they both reflect on life at the prison on the opposite to Chris.

This unique tour is a historic moment in the continued War on Terror and will be launched on 11th January 2009, exactly seven years after the first transfers to Guantanamo Bay.

31/01 - Edinburgh
with SACC and Stop the War Edinburgh

At the age of 17, Chris Arendt joined the United States Army National Guard due to limited options that he faced in his life. Three years later, Arendt was one of a number of soldiers who were given orders to be deployed at Guantanamo Bay. In January 2004 he began his tour of Guantanamo where he was given the responsibility of feeding the detainees and ensuring that toilet paper was properly dispensed on the prison blocks.

Arendt’s time with the prisoners was cut to two months at which point he was placed at the detentions operations centre as the escort control. He had been moved from his former position due to his interaction with the prisoners who he would speak with in order to keep some sense of his humanity.

Arendt’s dislike for the way in which the detainees at Guantanamo were treated transferred through to his release from service. He has now become an outspoken advocate against the unlawful detentions at Guantanamo Bay choosing to contact former detainees in order to express his regret at having been involved in their detention.

Working as a cameraman for Al Jazeera, Sami was given an assignment to cover the US conflict in Afghanistan after war broke out in 2001. Upon entering Pakistan to renew his visa, Sami was detained by the Pakistan authorities apparently at the behest of the US.

After several months detention in Afghanistan, Sami was rendered to Guantanamo Bay where he was detained until his release in 2008. During the six years of his unlawful detention, he was never charged with any crime and or tried in court. Due to the pressure of such a process, he forced himself to go on hunger strike during the last 16 months of
his detention.

On 1st May 2008, Sami was repatriated to Sudan where he was reunited with his wife and seven year old son who he had never met. He has now been re-employed by Al Jazeera and has made it his primary aim to help those in Guantanamo and those who suffer human rights abuses worldwide.

As a former Guantanamo detainee and spokesman for the prisoner human rights organisation, Cageprisoners, Moazzam appears extensively both in the media and around the UK, lecturing on issues surround torture, anti-terror legislation and community relations. He has authored several pieces that have appeared in national and international newspapers, and a book detailing life as a Muslim living in the UK and his further experience in Guantanamo. "Enemy Combatant" is the first book to be published by a former Guantanamo Bay prisoner.

Audio and photos from the London meeting:

Audio and photos from the Sheffield meeting: