International GM campaigner, Percy Schmeiser, a Canadian arable farmer, will talk about his experiences and the implications for UK farmers after his major fight in the courts with food and biotech giant Monsanto. 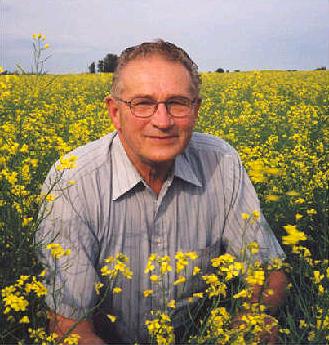 I wonder if we could get word out about this tour? GM Watch has had a DOS attack and is largely offline:-

This case received worldwide attention (see www.percyschmeiser.com) as it exposed the vulnerability of farmers to bullying by Corporate Agribusiness if they get involved with GM crop production.

Schmeiser, a Canadian farmer, beat Monsanto in the courts. Monsanto sued him for having patented seed on his land which had blown in from a lorry! He's touring Britain to tell everyone his story, the dangers of GM, the implications for British farmers, on the following remaining dates:

Tonight in Driffield is the only public speaking engagement in the north in his UK tour (other venues, London University, Norwich, Lincoln (Riseholme College), and Aberystwyth (National agriculture research centre).