The most action packed show to date, here we move into June with an hour and a half of stuff that matters and music to tingle the senses. With the warmer weather moving in and the city coming alive again we tell those untold stories and showcast some of the best new acts and artists. 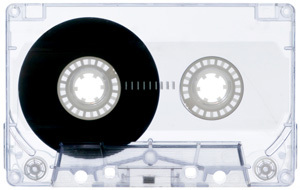 We talk to people about the arrests of 2 activists at Nottingham University under the Terrorism Act and ways to campaign against the upcoming deportation of one of them. We bring you an exclusive report about a recent protest at arms manufacturer Hecker & Koch and an update from NAIL, the ongoing campaign against Nottingham's waste incinerator.

Also we went along to a mass trespass of a proposed open cast coal mine site near Heanor, Derbyshire. We have a chat about the Sumac Centre, and interview Alice who's been involved with producing a free booklet about social centres in the UK and Ireland. Also updates on this years Climate Camp in August and talk about the upcoming mobilisation against the BNP's Red, White and Blue Festival in Denby, near Codnor.