Flood victims from Yorkshire and Humberside have taken up temporary residence outside the Government Office in Leeds to protest at its continued promotion of airport expansion. The "Climate Camp" style action used pop-up tents to set up camp and blockade the main entrance. 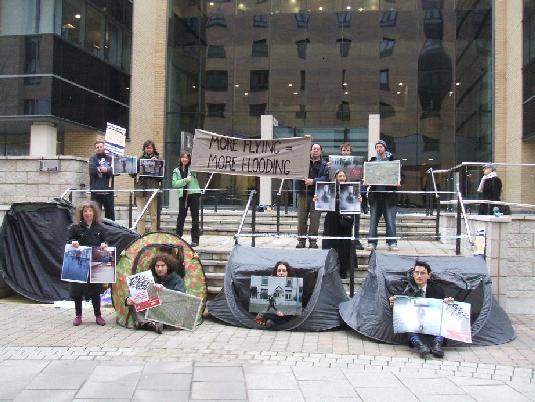 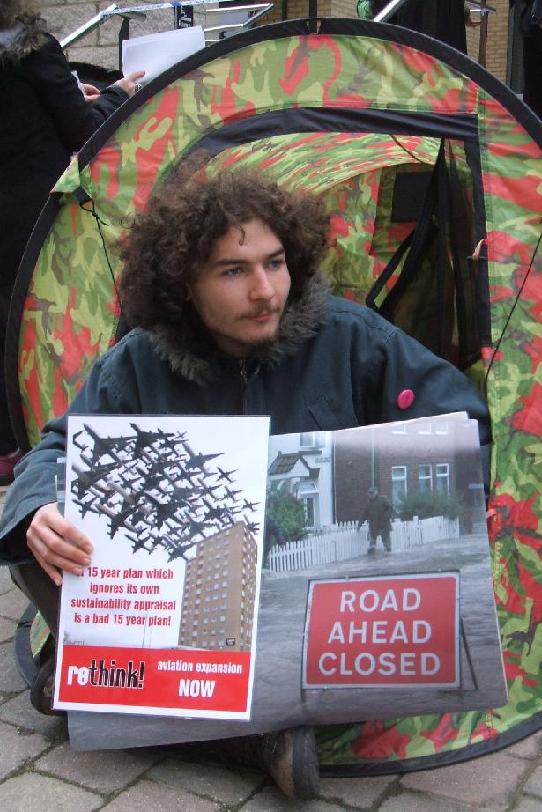 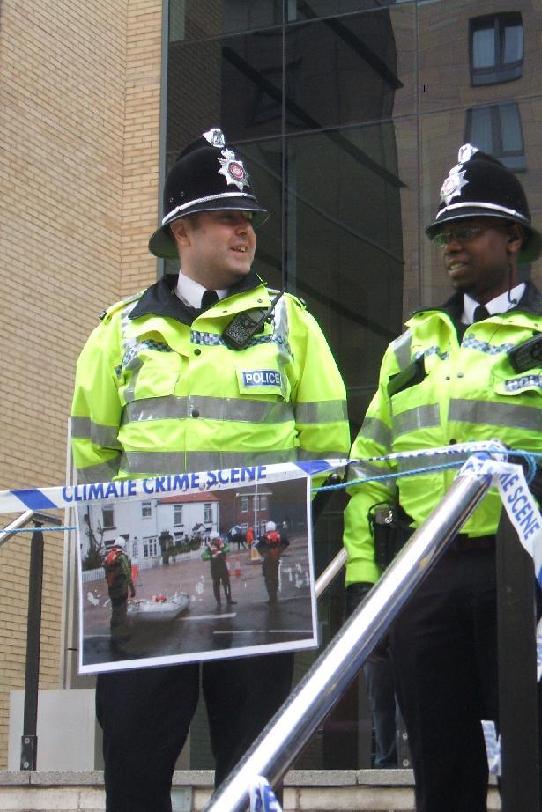 “The Government is flying in the face of science”

Residents from flood stricken areas of Yorkshire and Humberside today blockaded the Government Office in Leeds to protest at its continued promotion of airport expansion. Inspired by last year’s camp for climate action at Heathrow, the protestors from Hull, South Yorkshire and the Calder Valley used pop-up tents to set up camp and blockade the main entrance.

The timing of the protest coincided with the final stages in the adoption of the Regional Spatial Strategy (RSS) – the area’s fifteen year development plan which is currently on the desk of government minister Baroness Andrews, awaiting final approval. The plan allows for a threefold expansion of passenger flights from Yorkshire and Humberside - mysteriously with the support of supposed "green" group Friends of the Earth.

Government transport policies were singled out for criticism by the plan’s Sustainability Appraisal, which commented:-

“Even where it itself has positive impacts, the draft RSS and the proposed changes thereof will not always be able to counter some wider negative trends that are due to individual’s behaviour, government policies (notably on roads and air. travel), and other factors like power stations choice of fuel.”

The protestors made a formal presentation of a scientific briefing for consideration by Baroness Andrews and issued the following statement::-

“We are continually bombarded with messages asking us to “do our bit”, but this should go for government too. It is shameful that their policy to expand aviation and unsustainable economic development is totally at odds with their stated policy to reduce CO2 emissions.

They are flying in the face of science, and undermining any hope of preventing climate change accelerating beyond control. Yorkshire and Humberside will be particularly hard hit, because of our vulnerability to coastal erosion and flooding. This will spell misery for families throughout the region".

Clearly, Baroness Andrews needs instigate a major revision of the regional transport plan element of the RSS to remove the emphasis on airport growth, and to ensure a significant decrease in carbon emissions from our area. Similarly clearly, as long as government policy is formulated in the boardrooms of multinationals such as BAA, and handed down to tame politicians there's not much chance of that happening.