A lock-on blockaded the Army recruitment office in Sheffield city centre today.
There was a good number of activists and a small police presence.

In Berkley there have been big protests against recruitment there: 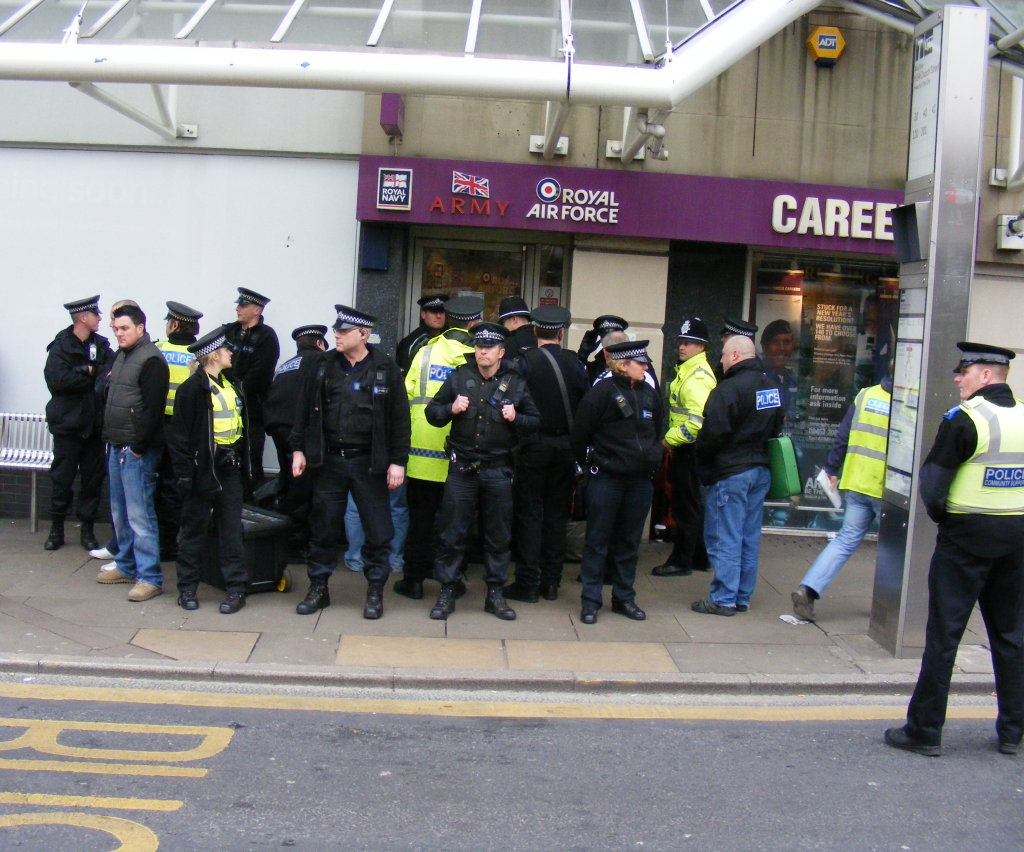 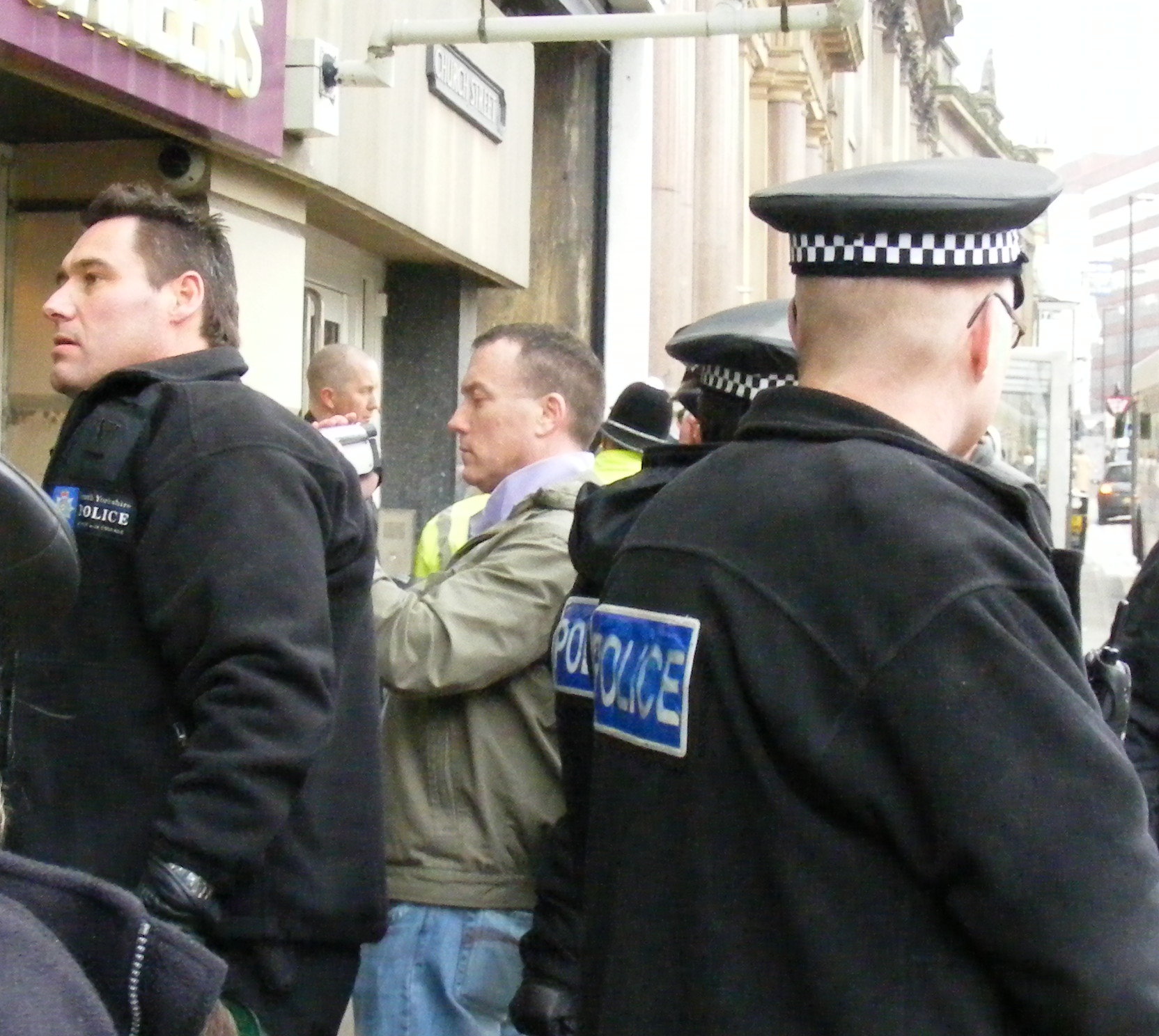 the mystery camera man, rather chummy with the police 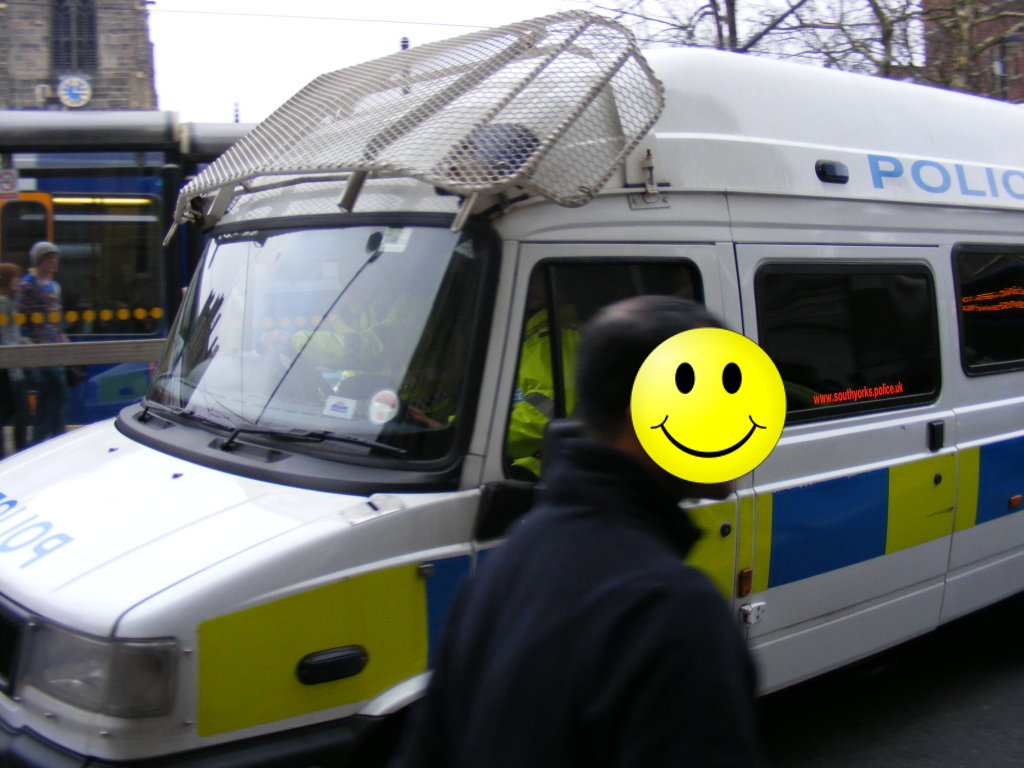 the lock-up van leaving, faces obscured to protect the inocent 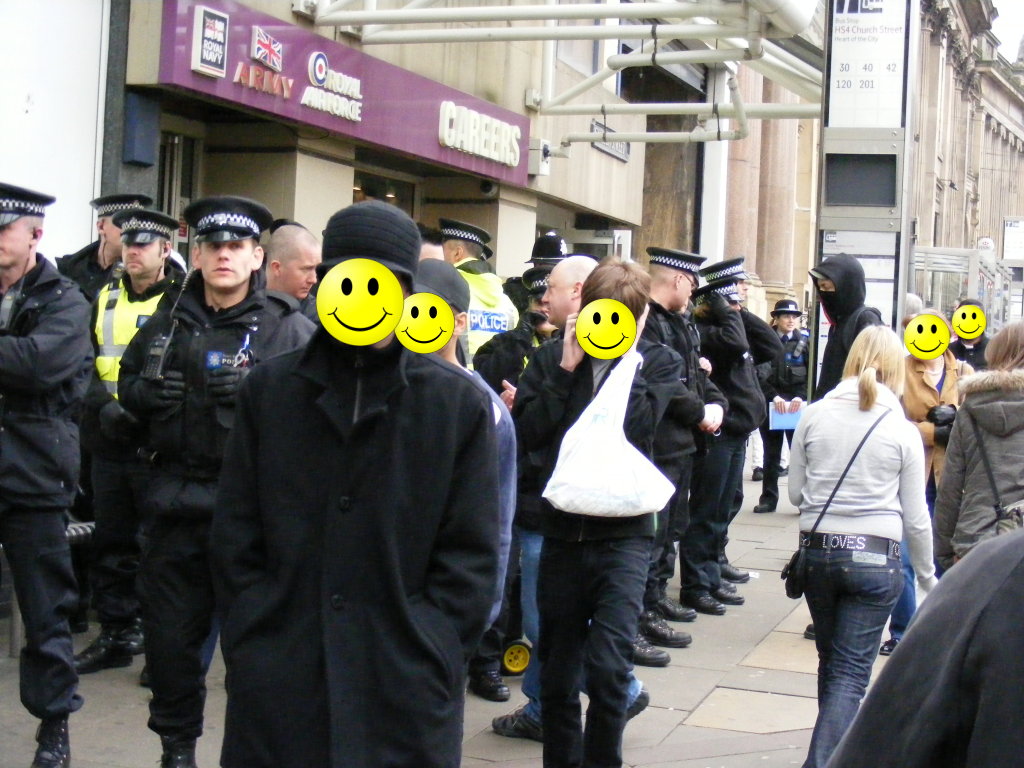 another shot of the police, faces obscured blaa blaa blaa

Having started just before 12:00 on Friday the 15th of February, to mark the 5th aniversary of the 2003 protests against the (then soon-to-be) invasion of Iraq, this protests taken on by a conglomeration of Sheffield residence and others was to protest the current high level of military advertisement in the media and across our city. The protest went well, attracting a lot of attention and over 600 leaflets were handed out explaining why the recruitment centre was being closed down. Three protesters D-locked and arm-locked themselves together to the door of the recruitment centre.

The initial police presence was low (a CSO was within touching distance as it was set up, but seemingly unaware). After about an hour a plain clothed officer joined by a CSO on a bike arrived and stood there almost as long as the protesters did. Trickles of other officers arrived over the next hour, and by 14:00 a total of four vans (one lock-up and three transports) had parked near by, with several cars and a 4x4 (presumably for the city centre terrain...)

Around 14:30 the protesters were addressed by Chief Inspector Andy Eddison [correct ?], and told that they were causing an obstruction to the public by blocking the doorway and were also guilty of aggravated trespass (because of the D-lock used on the door, despite that fact that all protesters were on a public pavement).

At this point the protest was surrounded by at least 17 uniformed police officers and SCO's, the police chief, four plain clothed officers, and a man filming the event with a video camera who refused to identify himself as police or otherwise.

Over the next half four the D-lock and arm-locks were cut through and three protesters were arrested for activated trespass.

Just found the item posted up by SAN. Thought I'd link to it:

Any chance we could merge these ?? Particularly my above comment could be more useful on the main one...