The 2007 event returns to the Council House on Nottingham's Old Market Square where, in 2005, we welcomed over 2000 visitors from across the region! The doors open at 11am, but we welcome help setting up from 9am (and in advance). 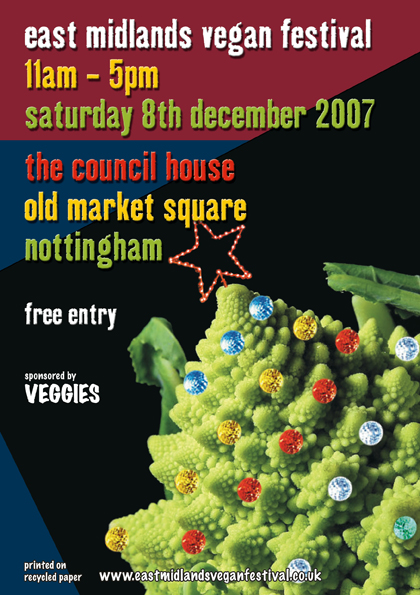 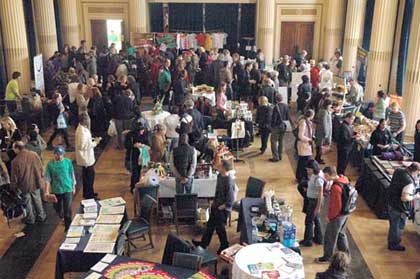 Once again the Festival will feature food, clothing, toiletries, cosmetics, gift and campaign stalls, as well as vegan food samples and advice to promote vegan lifestyles for the benefit of people, animals and the environment.

The festival will be followed by a social at the all-vegan Sumac Centre, with a People's Kitchen Meal, an open deck 'bedroom dj' session and other festivities.

Our choice of diet is critical to the survival of the planet - a massive proportion of climate change is caused by livestock farming and the production of meat/dairy products. So if you cannot make it to the Vegan festival perhaps you can attend the National Climate March to "demand that world leaders take the urgent action we need to prevent the catastrophic destabilisation of global climate". The National Demo in London will be one of many demonstrations on climate taking place all around the world on the same day, midway through the UN Climate Talks in Bali.