Some photos of the regular protest against the Guantanamo Bay Camp X-Ray held on the 11th of every month in Sheffield. 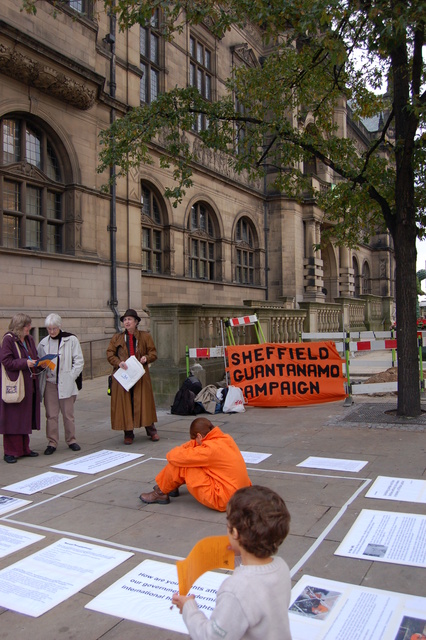 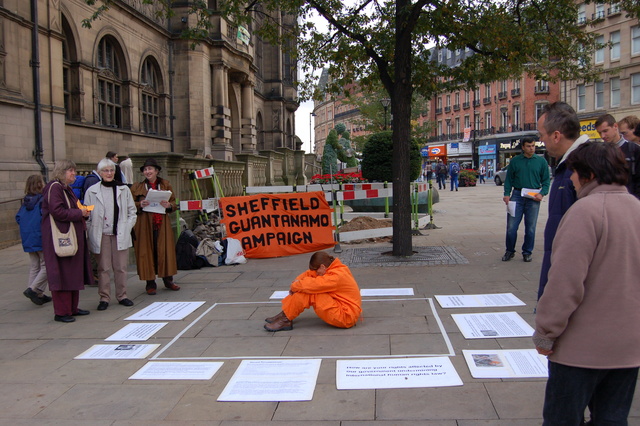 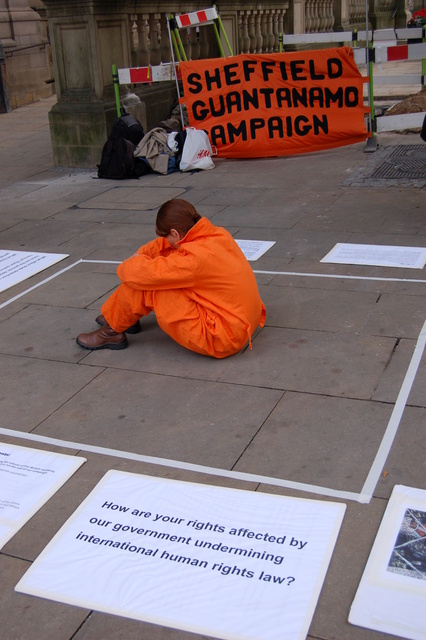 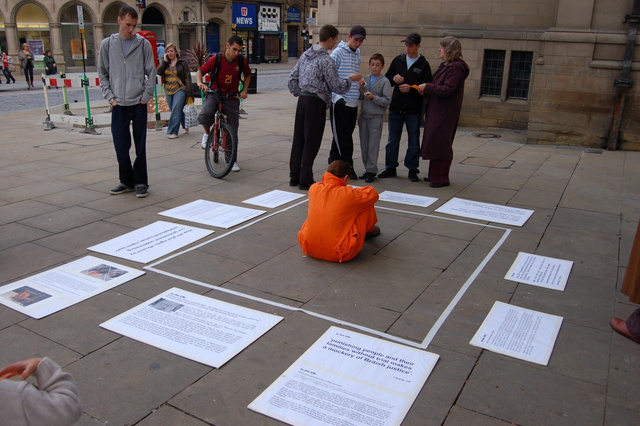 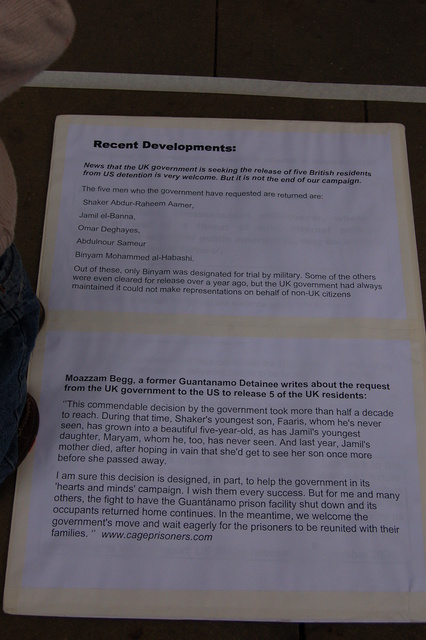 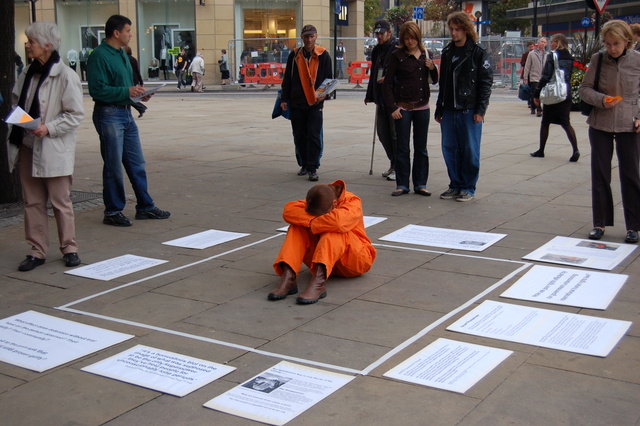 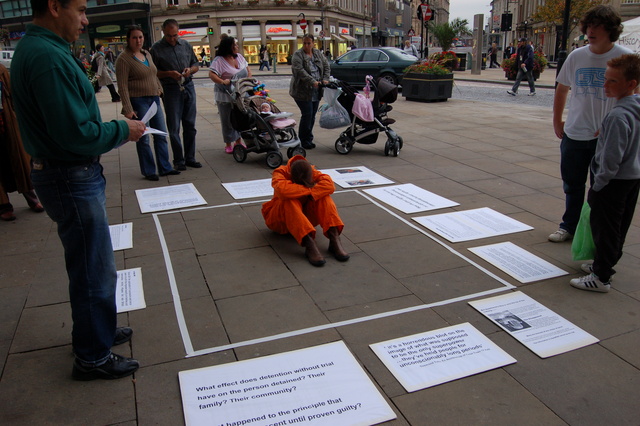 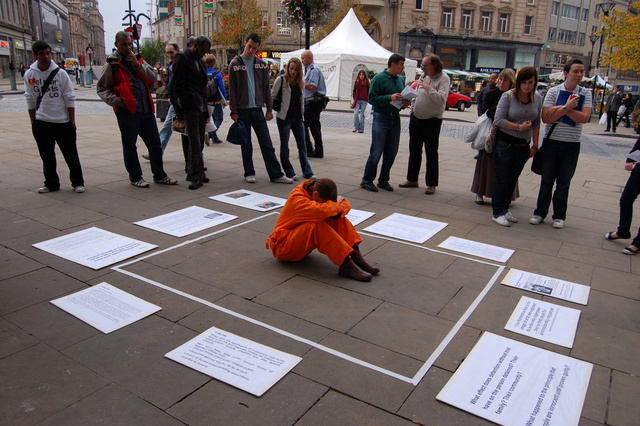 Photos from the September 11th protest can be found here:

In East London 3 people have been locked in Guantanamo style cells for 6 days in a protest orgainsed by Hidden Detainees:

Photos of the London protest:

Film of the London protest: