Photo's from yesterday's action at Finningley "Robin Hood" Airport and an update on the outrageous police response. 11 hours in the cells for giving out leaflets! 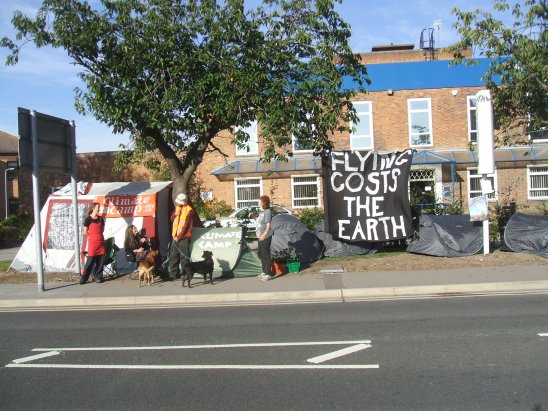 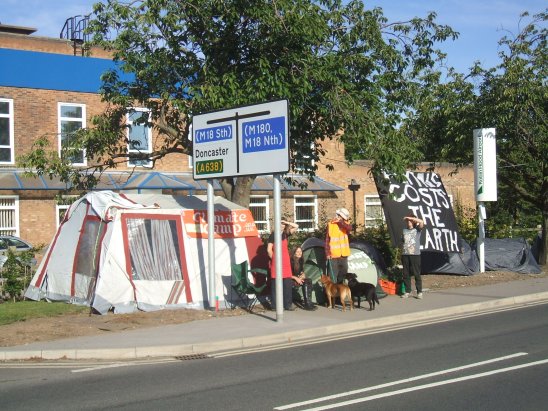 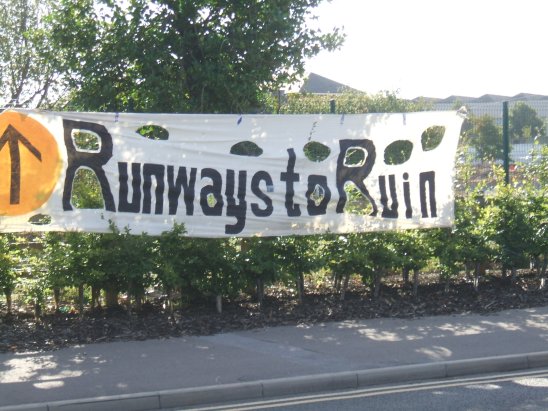 The two people arrested for leafleting have yet to be charged, but have been released on bail. The police's decision to arrest people for aggravated trespass when their only "crime" was quietly leafleting the participants of a meeting is clear evidence that they are happy to act as the political enforcers for the rich and powerful as they fly us all to oblivion in the name of profit. The person arrested for breaching bail conditions was released without charge when a plod with a brain was finally found and the actual conditions looked at rather than guessed at.

Despite loss of liberty, the action was well worth it, taking up much of the publicity for the event with the truth about climate change, rather than the planned establishment lies.

As the final act of political repression, the participants were told, on camera, by a police inspector, that if they ever crossed a particular roundabout again they would be arrested for aggravated trespass!

The police state is here.

I know it's boring and people say it all the time, but if you feel you have been wrongfully arrested you could consider suing the police. For as start there is the financial incentive, but long-term it is one of the ways in which you can help prevent other people from being treated in the same way that you have yourself.

An easy place to start is Irwin Mitchell (hopefully spelt right) which is a national-scale solicitors firm with expertise in suing the police (amongst other things).

Sadly, before you can sue the police you need to wait until the criminal proceedings against you have been completed. It may be worth contacting a solicitor sooner rather than later though as they can advise you as to what could potentially be of importance later.

In the past there have been a number of groups offering advice on legal matters to activists. I don't know which ones are currently active and which ones not thuogh. Perhaps someone else does.

p.s. even if the details are a bit sketchy, it sounds like a great action.

It can be found at