Sheffield IWW continued its picket of Starbucks, Sheffield city centre in continuing support of IWW Baristas and the struggle of our fellow workers in the US. 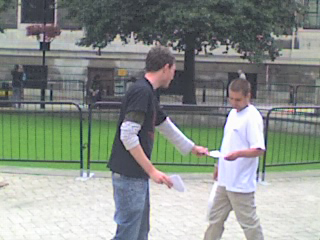 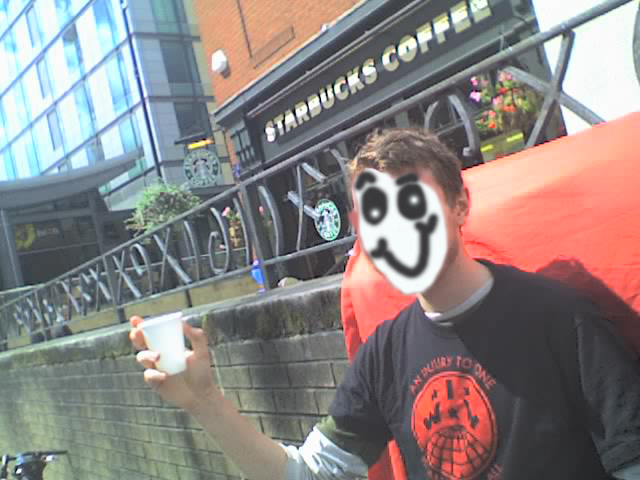 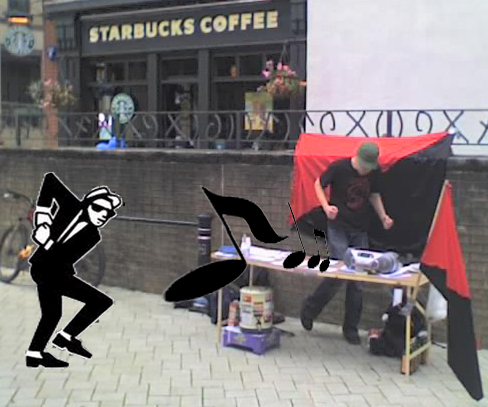 The power of the skank! 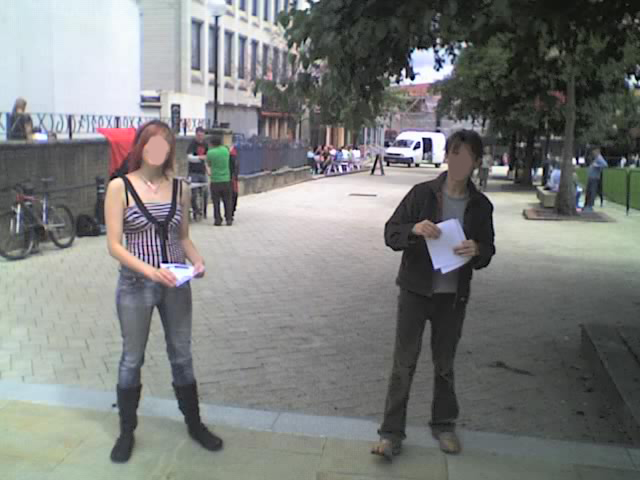 The IWW’s global “Justice from Bean to Cup campaign” has been gathering momentum. In New York the National Labor Relations Board has once again accused the coffee giant of breaking the law in a continuing effort to undermine the IWW Starbucks Workers Union [StarbucksUnion.org]. Based on an independent investigation into the company’s conduct, the Board has alleged that Starbucks fired outspoken union barista, Isis Saenz, for protected organizing activity.“It’s beyond dispute now that Starbucks is waging one of the most relentless anti-union operations in the United States today,” said Stuart Lichten, the IWW’s attorney on the case.

Union member Simone Gordon has been made homeless and on welfare after Starbucks demoted her from shift supervisor to barista on New Year’s Day and cut her schedule to a shocking five hours per week. Simone’s store manager, Graham Higgins, falsely accused Ms. Gordon, who is African-American, of being racist against white people and stated that she wasn’t fit to be a leader in the store. The allegation that Ms. Gordon is racist is absurd. Suffice it to say, Simone Gordon, who has a white grandparent, opposes all forms of discrimination.

Starbucks’s exploitation of workers stretches beyond their retailers. Growers in Ethiopia feel the squeeze as well, highlighted by the recent film Black Gold. The spokesman and also the subject of the film Tadesse Meskela runs the Oromia Coffee Farmers Cooperative Union in Ethiopia, representing about 105,000 coffee growers, and struggles to get the best price - although it is nowhere near high enough to earn them a decent living.

He says the country's premium coffees - Yirgacheffe, Sidamo and Harar - can sell for fair trade export at about $1.60 a pound. After deducting costs, the growers get about $1.10. Roasters can sell the coffee on at $20-26 per pound. Coffee retailers make about 52 espressos from a pound of coffee, worth up to $160 a pound.
"This ratio needs to change," Mr Meskela told the Guardian during a visit to London. "Our people are barefoot, have no school, no clean water or health centre. They are living hand to mouth. We need $4 a pound minimum, that's only fair.”

In solidarity with fellow workers suffering exploitation at the hands of Starbuck’s, Sheffield IWW staged a picket of a city centre shop. The public were asked not to drink at Starbuck’s with wobblies offering free tea, coffee and fruit juices as an alternative. The picket was also accompanied by a sound-system playing a fine collection of classic two-tone and ska. The manager approached members within the hour. After claiming that Starbuck’s did “good” work around the world, the conversation turned to the chains union-busting record. He acknowledged that such policies existed while choosing not to condemn it. Throughout our conversation he proved clearly more concerned with preserving business than the appalling labour policies or purchasing record of the company he represents. The police promptly arrived, who once again confirmed their roles as Britain’s foremost defenders of capital by only allowing the picket to continue as long as no free products were offered. Such actions were deemed to be too “antagonistic” for our poor, picked on coffee firm. Clearly Starbucks, not entirely satisfied with its almost total domination of the world coffee market, felt intimidated by a cheaper more ethically responsible competitor. Despite these difficulties, the picket resumed (this time with freebies dished out on the sly). We handed out all our leaflets and did some hardcore skanking in the sunshine – a far brighter prospect for potential consumers than the overpriced products of Starbucks.

The IWW recognises that the exploitation of coffee workers is a global problem that requires a global solution, it is therefore vital that employees do not become complacent to the power managers have over their lives. An IWW member in Leicestershire comments;

“As a barista particularly, I think it is important to be a member of a union, with special reference to the IWW who now specialise in coffee shop employees with Baristas United. As with myself, so many of us are not aware of rights that we have in the workplace, and many employers take advantage of this fact. Organisations such as Baristas United allow members to be fully conversant in their workplace rights and will fight to improve conditions for all coffee shop workers. Furthermore, if things go wrong, as they did with me, it is so important to have some one fighting your corner who is more knowledgeable about employment matters, and who can take on these large organisations. Ultimately, I would suggest that anyone who is not already a member, joins up, because you never know when you may need their help.”