Campaigners from Brighton, Cambridge, Nottingham, Leeds, Manchester and elsewhere rallied on Saturday 21st April 2007 against the planting of GM potatoes in a BASF trial near Hull. 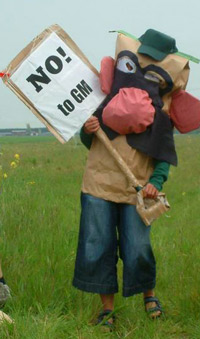 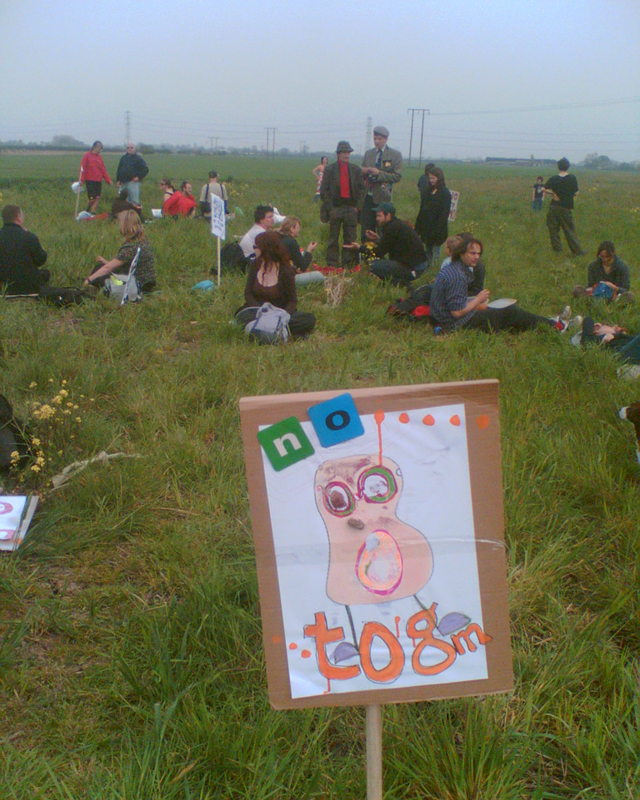 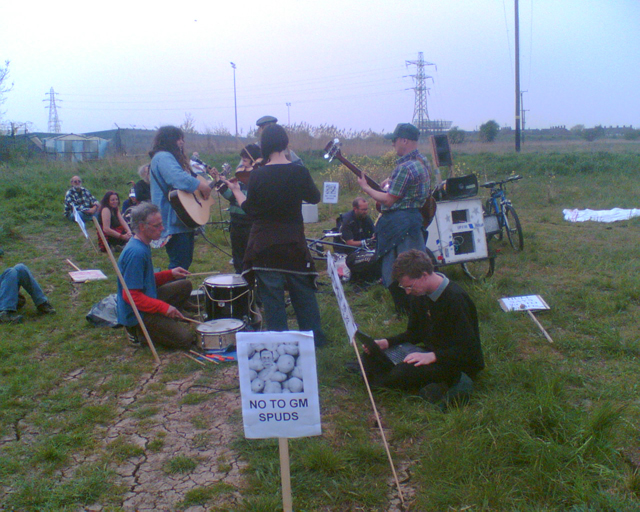 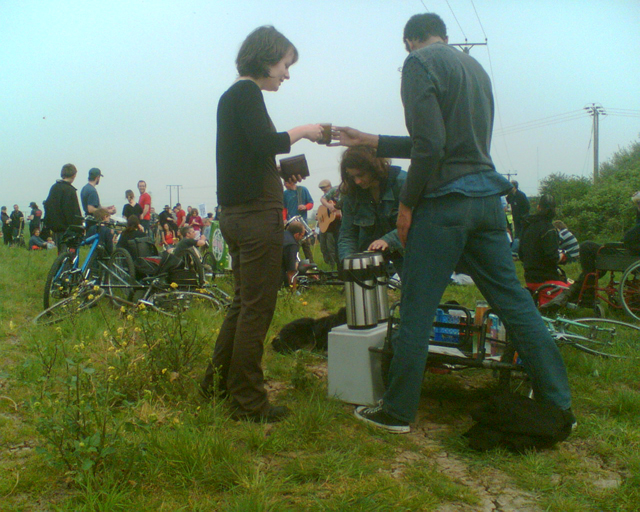 150 people took direct action against GM crops by planting potatoes in a field near Hull. The field is due to be the trial site for GM potatoes within the next few weeks. Thousands of potatoes were buried in order to prevent the contamination of the British countryside by genetically modified crops. It is hoped that the donation of safe spuds will prevent the planting of the controversial crop, which threatens the livelihoods of local borage growers and organic farmers.

Anna Lock explained; “If you want to eat good safe potatoes, you have to plant good safe potatoes. By planting organic potatoes in this field today, the field will be rendered unsuitable for the GM trial. Scientific experiments need controllable variables - tiny organic seed potatoes hidden deep in the ground are a variable controlled only by nature. These seed potatoes will grow and BASF’s experiment will no longer be possible on this site.”

"Ready to remove a blight on our landscape?":