One Less Bigot: Magistrate is backed in gay adoption row

A LEADING figure in the study of homosexuality has spoken out in support of a Christian magistrate from Sheffield who stepped down from the family bench rather than place children with gay couples. 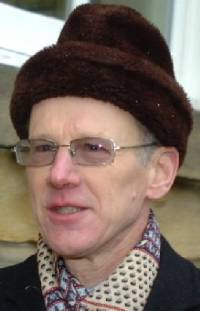 Dr Dean Byrd flew in from Utah, America, to address the Sheffield employment tribunal of Andrew McClintock and support his claim that placing a child in the care of same-sex couples was not "in their best interest".

Dr Byrd, clinical professor at the University of Utah School of Medicine and vice president of the controversial National Association for Research and Therapy of Homosexuality, said in a written statement "the placement of children in such settings begins a slippery slope filled with potential harm for children that society simply cannot afford to take".

Mr McClintock, a grandfather-of-four, quit because he said his Christian Orthodox view is that a child "needs a mother and a father".

The 63-year-old, who served on the Family Panel for 15 years, has taken the Department of Constitutional Affairs to the tribunal after court authorities refused to allow him to stand down from cases which could result in a child being placed with a gay couple.

In support of his case, Dr Byrd said in evidence: "The most reputable scientists would agree the research on children raised by same-sex couples is in its infancy.
"However, in spite of the many flaws in the very limited pool of rigorous studies, such as small sample size, selection bias, and lack of longitudinal data, there appears to be an emerging theme: children raised by same-sex couples exhibit poor outcomes not so dissimilar to those raised by divorced heterosexual parents."

Mr McClintock had a series of meetings with court authorities before resigning. He aired his concerns in 2004 - shortly before the Civil Partnership Act enabling gay couples to marry was passed by Parliament. He told the hearing: "There was no pressure at that time on me, but I could see there was likely to be growing pressure as the thing moved forward."

Mr McClintock, from Nether Edge, told the panel only in "special cases" would he agree to placing a child with a same sex couple.

He had hoped court authorities would accommodate him by putting in a filter so he could be excused from dealing with such cases.

Under cross examination Mr McClintock agreed he would have found it an acceptable solution if the court authorities had offered him the option to stand down from family court duties while maintaining his criminal bench work - rather than resign.

But instead he claims he was backed into a corner and felt he had to resign.
When asked about the implications of his resignation Mr McClintock told the hearing: "It was a loss to my self esteem and not a financial loss. I lost an office which I once held - not a huge detriment."