A benifit meal for the campaign against the Karahnjukar dam was held at Matilda on June 2nd, 50 people were expected in the end 62 were fed delicious vegan food by the cafe collective. A fantastic success.

there were lots of people 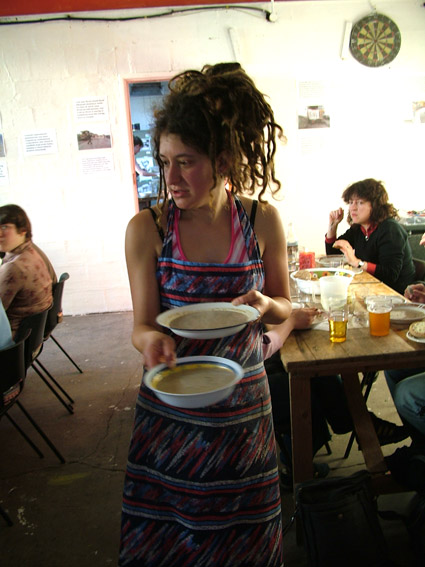 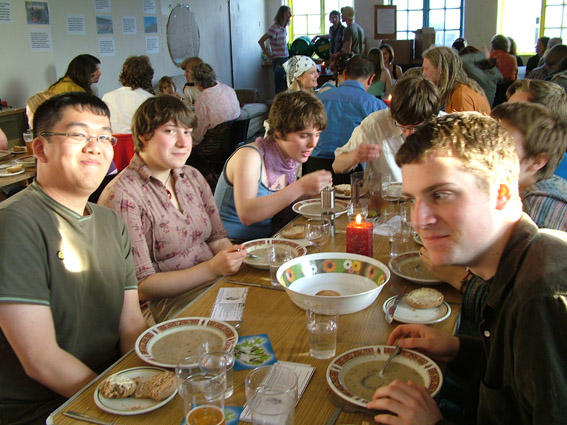 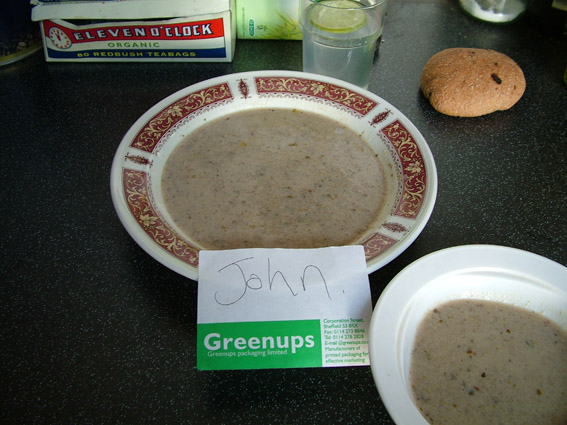 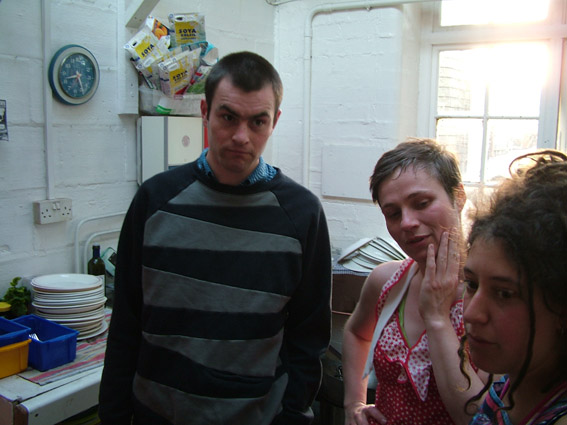 is there enough for late comers 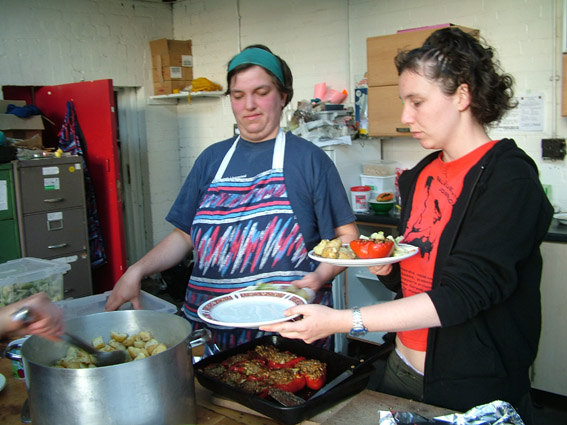 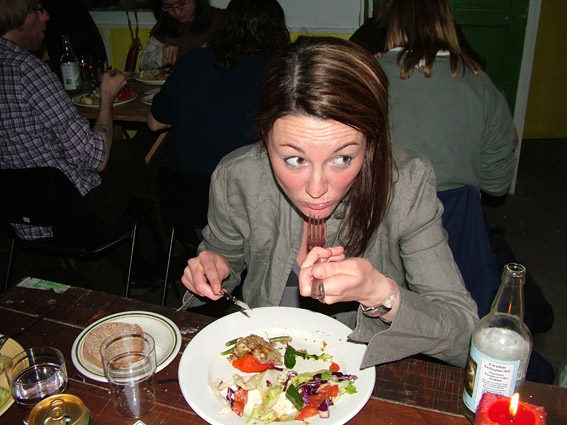 get it down yer 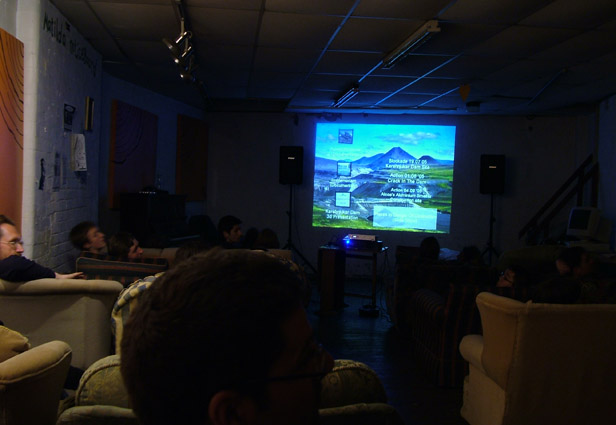 after dinner film of the actions against the dam

The meal was held to raise money for the campaign against the Karahnjukar dam being constructed at the moment in some of the last vast wilderness near Iceland's Vatnajökull ice cap. The dam will flood large areas of wilderness to generate power for an aluminium plant. More info can be found at: