The WSF took a strong stance against European migration policies in a variety of meetings called by African, Maghrebian and European NGOS and groups. 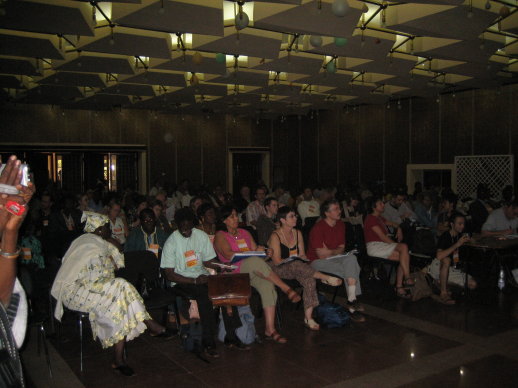 Lots of people discussed migration Issues at the WSF 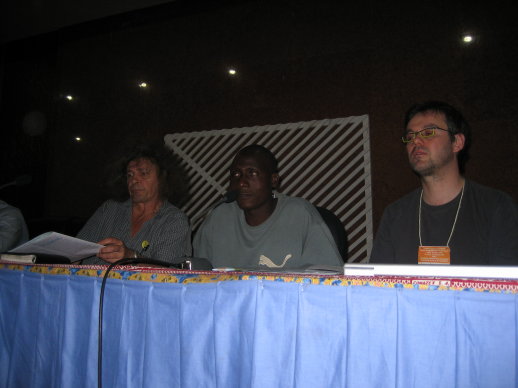 together against fortress europe 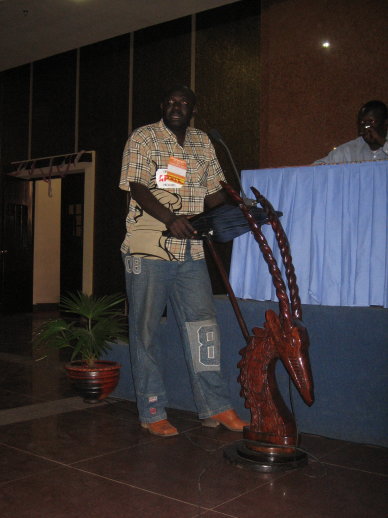 speaking for the freedom of movement

Worksshops demanded an independent inquiry into the events at the borders of Ceuta and Melilla in September 2005, where at least 14 sub-saharian migrants were killed in the attempt to cross the doubled fenced border between Morocco and the two spanish exclaves on African ground.

http://no-racism.net/article/1382/
Most of the hunderts of migrants who managed to cross the borders during those days, were expelled by Spain without being heard in their claims for protection to Morocco who's security forces subsequently dumped the migrants in the border area with Algeria in the middle of the desert.

http://www.nadir.org/nadir/initiativ/agp/campanas/migration/eudeportation.htm
But this scandal is just the tip of the iceberg in a larger joint policy of the European states to close its borders towards unwanted migrants and refugees.
In the workshops in the WSF done by groups like CAD (Coalition of groups Against Debt and for Development) in Mali

http://www.cadmali.org/
introduced the subsaharian perspective. Activists said, it was important to understand that neoliberal policies of privitisation and the trade injustice caused and maintained poverty while the imported values of western consumer culture created the desire of young people in Africa to migrate and have about a better future in Europe. European policies of globalization therefore caused a lot of the pressure that makes people leave. One activists said, the creation of a European border regime were equivalent on a global scale to create a gated community, where the rich decide, that they do not have anything to do with the poor.

http://www.cadmali.org/article.php3?id_article=1
(french declaration of CAD about the migration crisis)
Human rights activists from the North-African Transit states like Morocco and Tunesia pointed out, how much their regimes were made to be a Europes Border Police. French activists speak of a "cordon sanitaere", a Zone of Hygene that is created around Europe with the pressure on North-African and East-European regimes to stop the migration withing their contries already. The democratization process, for example a higher transparency of the police work, that human rights groups like the Moroccan Association of Human Rights

http://www.amdh.org.ma/
(french and arabic page)
have been fighting for, effectively regresses due to this pressure. Europe’s border regime doesn’t ask for Human Rights, it asks for a stop of migration influx, at any costs. The European Network Migreurop, that is based in Paris demanded more actions in Europe against these policies, that were - as one activists said - undermining everything that Europe was built for. Migreurop has created a map of the various typs of camps created by various European states to control and „manage“ the migration.

http://www.migreurop.org/rubrique45.html
The question remains of course, what can be done. The answers were equally stressing the importance of networking and common action. On Sunday the movement „No Vox“ is calling for a demonstration for the rights of „illegal“ immigrants and against deportations, which will end at the french embassy.

http://www.novox.ras.eu.org/
This can only be a first Stepp. Strong connections between European and African groups and grassroots acitivists are essential for the future fight against Fortress Europe.