Earthquake delegation. The ruins of Balakot.

Balakot is a small town based at the bottom of a large rural valley in North Eastern Pakistan. Its income was moderate - catering mostly as a stop off point for travellers and tourists heading into Kashmir. Many people comment on how it was previously one of the most beautiful towns in the area. One of our delegation studied here as a young man and had planned to spent his honeymoon here in the picturesque surroundings.

It now looks like it has been hit by an atom bomb. 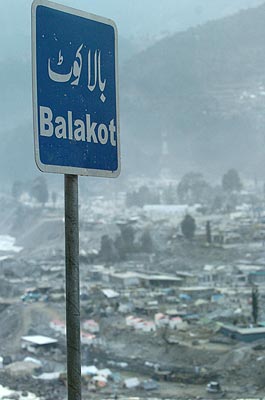 The town of Balakot. 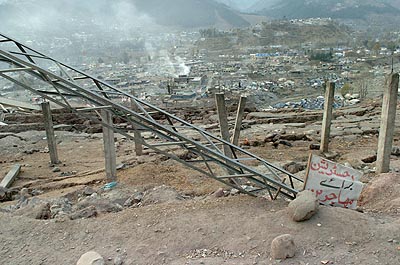 A place once admired for its beauty. 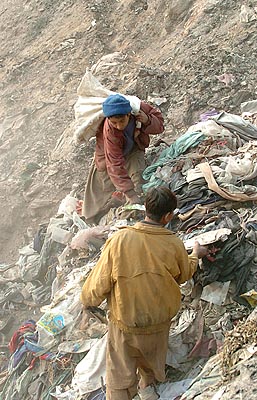 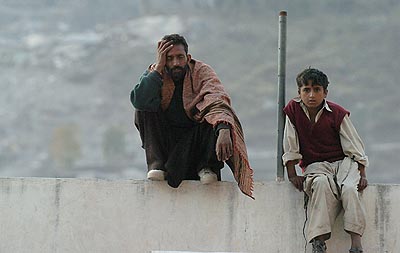 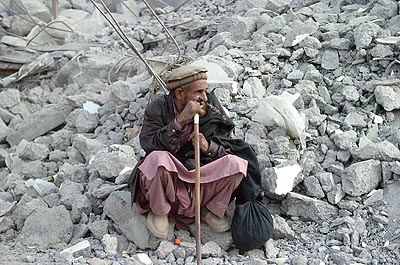 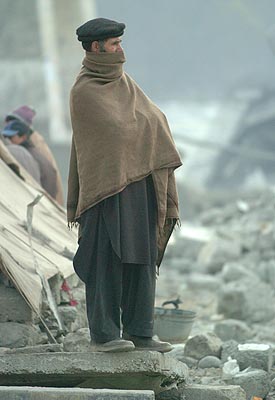 Waiting for the freeze. 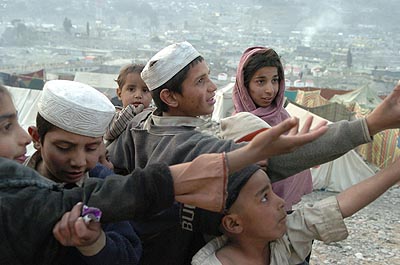 Before reaching the town itself we drive past miles of tents and refugee facilities provided by NGOs but under the control and supervision of the army. The locals tell us how on the day of the earthquake the ground shook for a full seven minutes as boulders the size of cars rained down from the valley above. The landslides still continue to this day. Today’s landslide has blocked the road ahead so we can go no further for the time being.

One of the first sights to greet us is a group of three children foraging for saleable items on a rubbish dump. One of the kids who is clearly being cared for by the other two is trying to eat anything he can get his hands on. The other two are constantly fishing all kinds of things from his mouth. I’m unsure whether he is mentally disabled or just extremely traumatized. Either way he should be receiving professional care - not living off other peoples shit. Could he be a survivor from the school that collapsed in the first few seconds of the quake? We don’t have time to enquire.

Further down the road we come across 6 hotels lying in complete ruins. In one case the gates of the hotel remain the rest of it having fallen into the ravine below. It is clear how dependent the local economy was on tourism. Financially, the town is effectively crippled. We meet an elderly man outside one of the ruins who tells us how he lost five members of his immediate family in the quake with several others still missing.

It’s not all heartbreak and misery. The resilience of these people is impressive. Many shopkeepers have recovered items from their demolished premises and are trading in the rubble. Children are playing cricket and young men are queuing for a barber who has set up shop in a small tent.

As dusk approaches fires are lit across the ruined town as the locals try to keep warm. The approaching winter is on everyone’s mind. The tents and makeshift shelters that have replaced peoples homes are in no way adequate for the sub-zero temperatures expected in a few days time. Right now the people are cold. Soon they will be freezing.

As we leave we see fires being lit around the upper hills on the valley hundreds of feet above us. I ask our guide why people choose to remain on an unstable mountainside in even colder conditions than below? He replies that the people distrust the army who are running the official refugee camps. They are concerned that if they come down they will lose their lands and not be allowed to leave. In the early nineties refugees from the border war with India were routinely kept in squalid camps against their will.

Internment or hyperthermia, not much of a choice is it?

Pictures © but availible for free for non profit purposes. Contact email address below for details.