The space used as a convergence centre during June's G8 ministerial meeting in Sheffield came alive again on Monday night to the sights and sounds of the radical Lost Film Fest, the Infernal Noise Brigade, and DJs Filastine and MC Subzero Permafrost. Hot on the heels of people's return from Gleneagles, the night felt like the perfect finale to weeks of anti-G8 action. 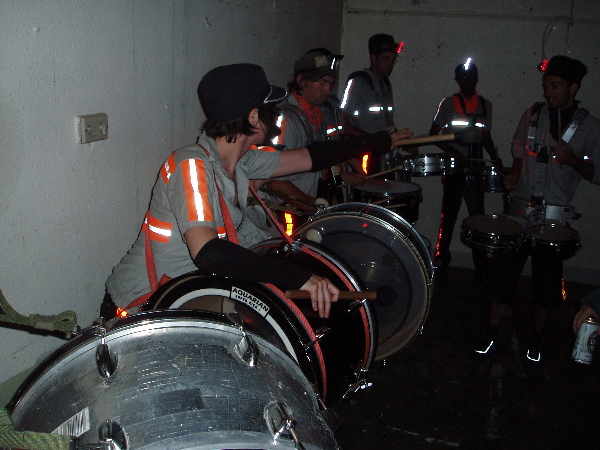 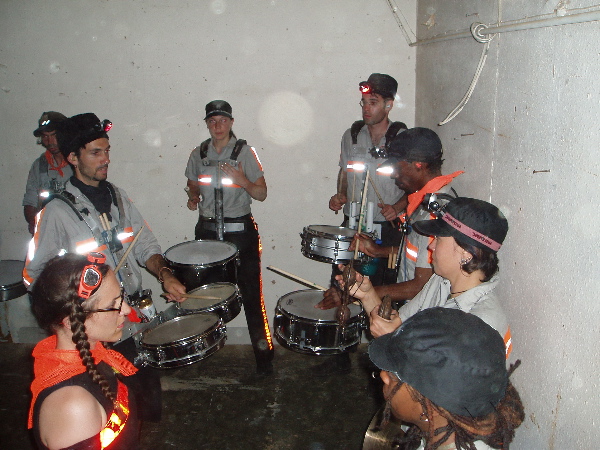 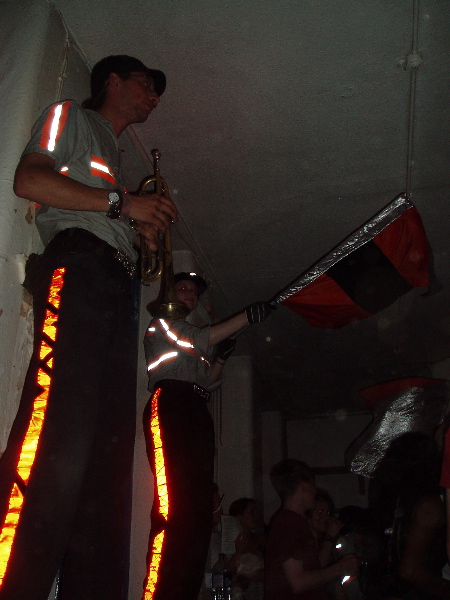 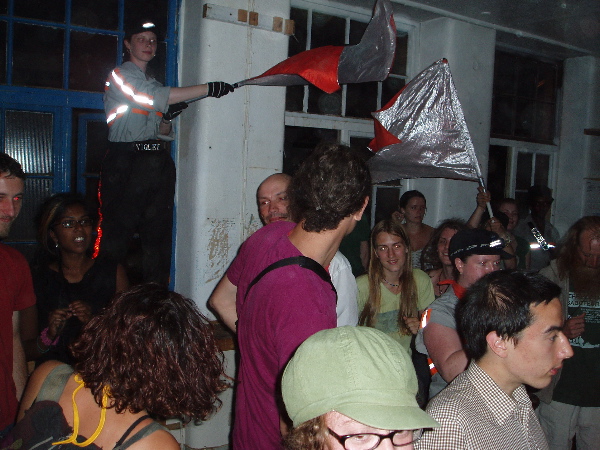 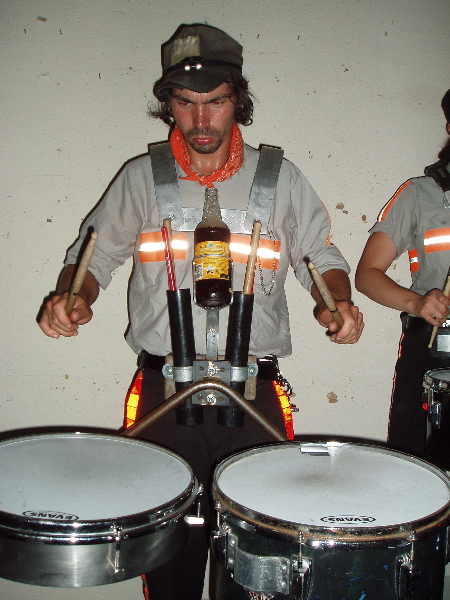 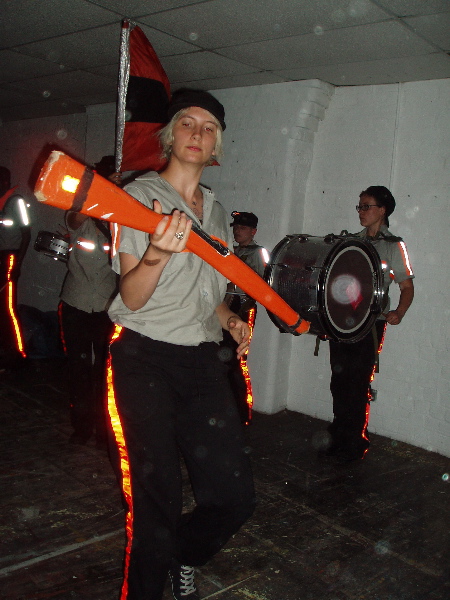 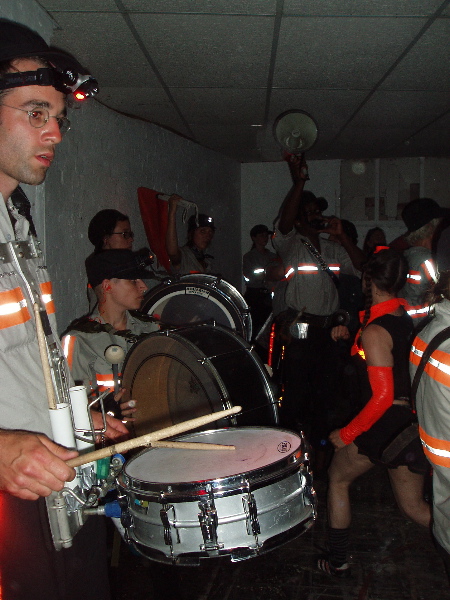 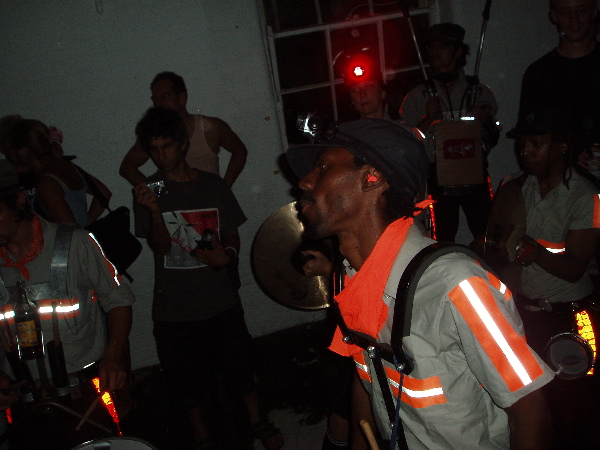 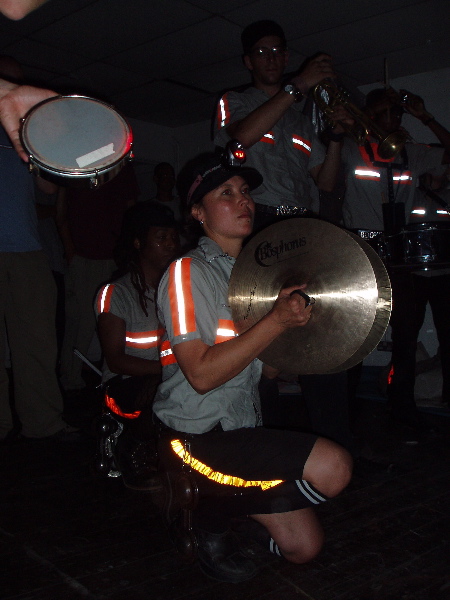 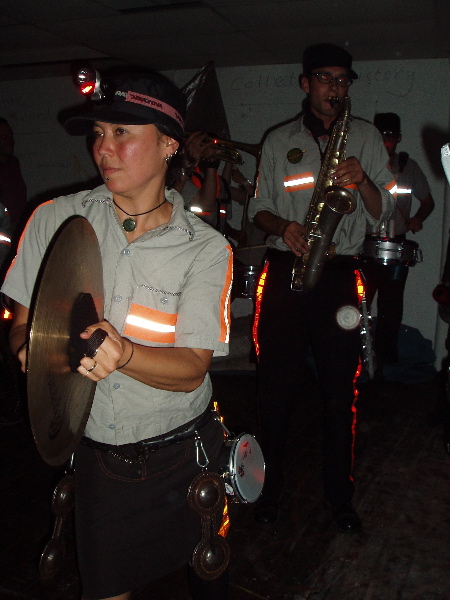 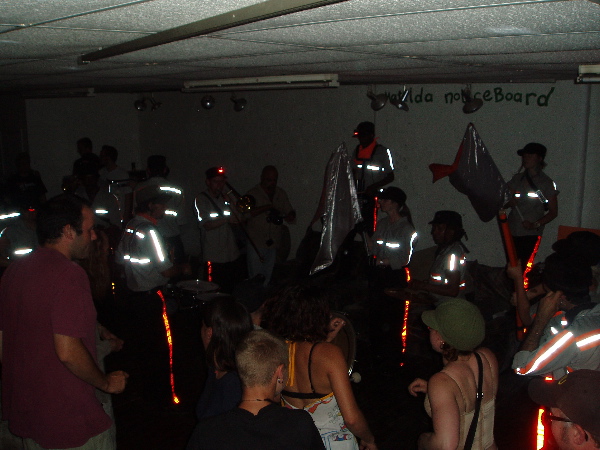 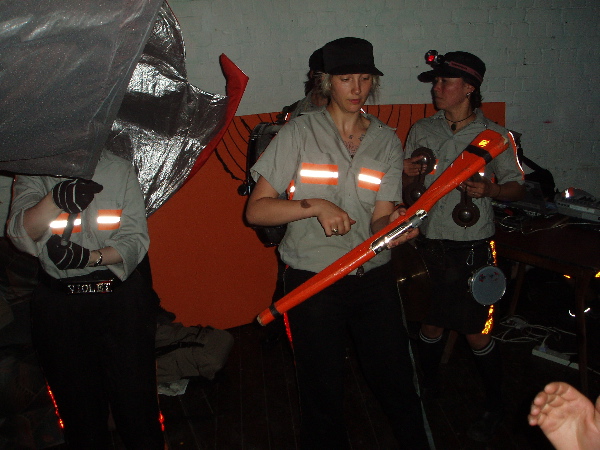 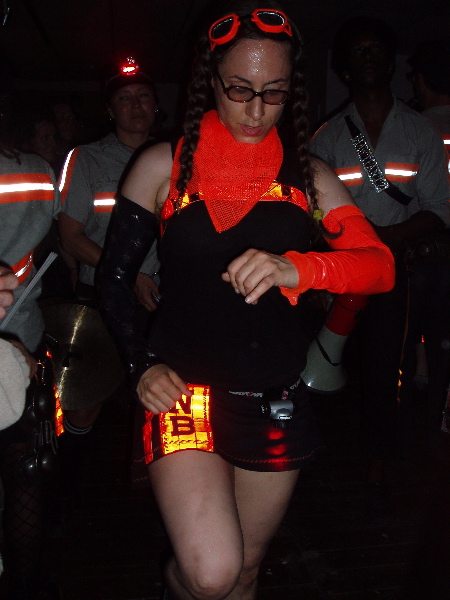 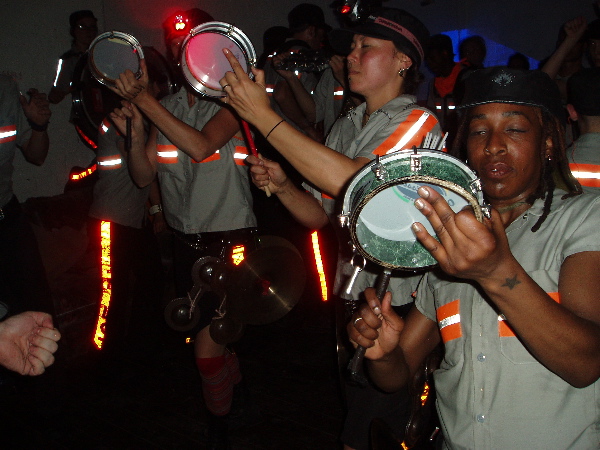 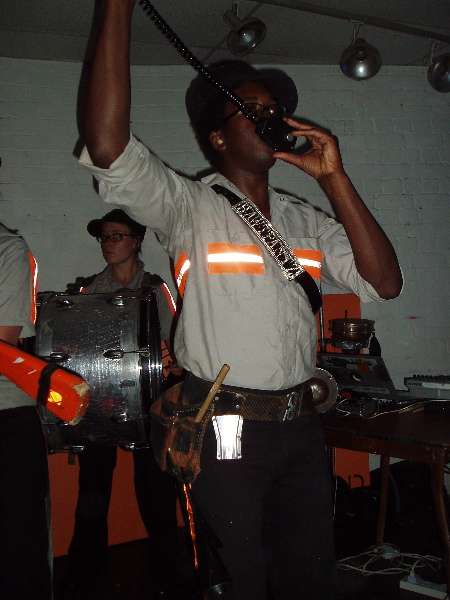 The evening kicked of with Lost Film Festival Director, Scott Beibin, showing a new crop of film shorts, including the long awaited sequel to The Fellowship of the Ring of Free Trade - the Twin Towers, both decoded, re-edits of the Peter Jackson Blockbusters; World of Evil - a musical montage of images lampooning both the Bush and Kerry campaigns during the 2004 U.S and Don't Call Me Crazy on the Fourth of July - a documentary about activist Robert Lansberry who worked hard to publicize his beliefs that the government was stealing his mail and who also believed that radio signals were being beamed into his head. Film footage, hot from indymedia, of protesters breaking through the fences at Gleneagles was also shown.

In between live performances from Filastine and Subzero Permafrost, the Infernal Noise Brigade mutant marching band, took over Matilda and lead people around the building, breaking every now and then in rooms to turn up the tempo and get people dancing to their combination of North African Rhythms, breakbeats and Balkan fanfares.

All in all a great night.