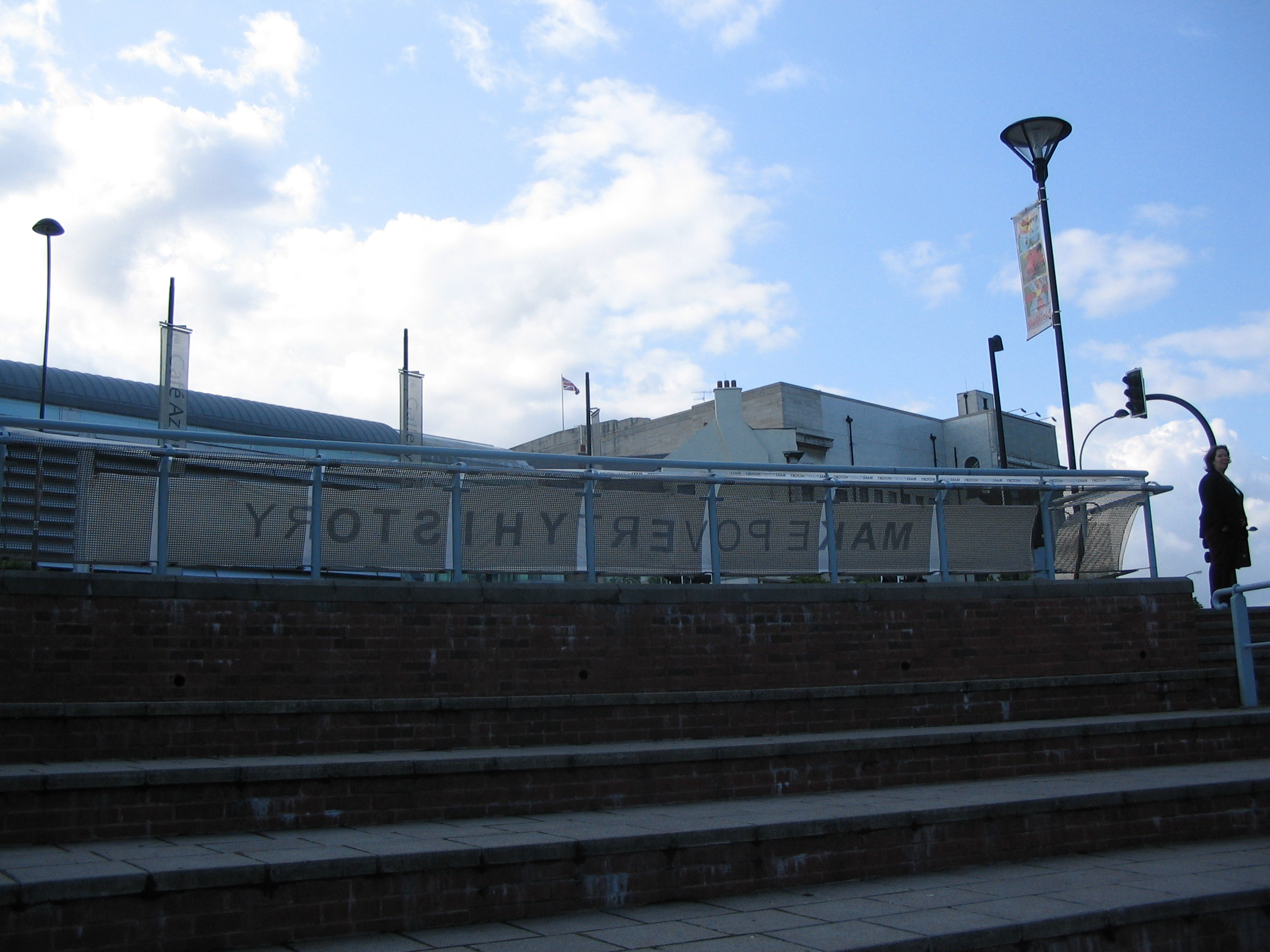 rear view showing how close it was to winter gardens

On Wednesday lunch time just as the police were making preparations for the G8 reception in the Winter Gardens a group of students acted upon advice from council employees and erected a giant Make Poverty History Banner along the outer fence of their city centre campus directly opposite where the minister were due to gather later that day.

Immediately the police tried to stop the banner being erected demanding the students seek permission first, however they decided to continue putting the banner up then gain permission. Within 15 minutes Hallam security arrived and asked for the banner to be taken down in case it reflected badly upon the university, the students refused. 15 minutes after that the head of the city centre management team was on the scene, now claiming the banner was on council property not the universities.

He went so far as to offer the generous offer that the banner could be relocated to the, 'permitted protest zone' and would be put at the front. Once he realised the students were not prepared to take it down and protest on his terms he rushed off to try and ascertain exactly whose property the banner was on. Since he did not appear for the rest of the afternoon we can only assume the fence belonged to the university as original thought.

Throughout the afternoon the banner was inspected twice by Hallams head of security he assured the protestors it would be removed as it was generating bad publicity for the university and was damaging the Universities relationship with the council.

Over the course of the evening their was an interesting conversation with the police who assured the protestors that as it was not an aggressive banner and was in no way a security threat they were happy for it to remain all evening. A clear contrast with the council officially who claimed it was posing a risk to the minister?

Despite calls from the council to very senior figures within the university urging that the banner be removed as it was bringing the university into disrepute the banner remained in place all afternoon, all evening and over night. Only being removed at noon today so that it can be redeployed.

No idea if any of the ministers saw the banner but its presence certainly pissed on the councils attempts to curtail all protest in the city centre.