Ever heard of the Zapatista's?

A fortnight of activities in Nottingham are planned to kick-start the new solidarity group. Come along, find out and get involved! 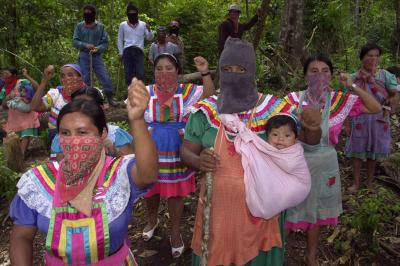 4th June - National Meeting of Zapatista solidarity groups in Leeds. For transport from Nottingham, please get in touch. Leaving from the Sumac Centre at 10am.

7th June - Talk by Paul Chatterton about the Zapatistas, their communities and his own experiences in Mexico. 7.30pm at the Sumac Centre. Free Entry.

15th June - Nottingham Chiapas Solidarity meeting. 7.30pm at the Sumac Centre. Get involved with twinning Nottingham with an autonomous community in Chiapas.