Shed No Tears For Blunkett - 2

As home secretary, Blunkett's abuses of human rights and civil liberties have been staggering. He has introduced internment without trial for suspected foreign terrorists is introducing military camps for children, and barely a day would go by without him dreaming up another crackpot neo-fascist scheme to attack civil liberties, criminalize working-class communities, and put more and more people behind bars.

Update: The first Shed no tears for Blunkett article generated a long thread of comments and there is now also a follow up article, 4 Homes Blunkett. 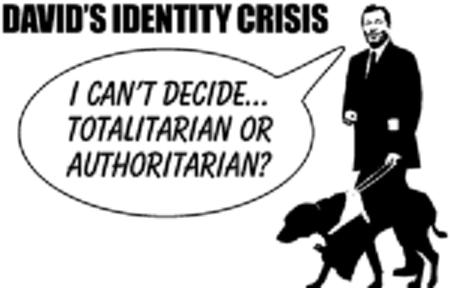 No To ID CARDS

Labour's ID Cards Bill is not about spending resources wisely to safeguard the security of this country. It is all about the Labour party looking tough before election and outmanoeuvring the Tories.

By taking this reckless course they risk a massive resistance from the 3 million or more people who have declared they would rather go to prison than submit to having ID Cards. The backlash could far exceed the impact of Stop the War.

This month activists from Cambridge publicly spearheaded a new campaign against the proposed National I.D. Card. More on I.D cards: [1] [2] [3] [4] [5].

The use of identity information (fingerprints and iris scans) to control the population is also being used in Iraq.

The forgotten detainees of Belmarsh

"We were arrested in December 2001 and taken straight to Belmarsh prison. We know that the police in this country have enormous powers to investigate suspected terrorists. Why did no one ever speak to us? Why were we never asked a single question before being locked up as terrorists? We have never had a trial. We were found guilty without one. We are imprisoned indefinitely and probably forever. We have no idea why. We have not been told what the evidence is against us. We are here. Speak to us. Listen to us. Tell us what you think and why. If you did, you would no longer believe we were a threat to this country. You would think perhaps that there was not the emergency you have imagined here."

The Law Lords ruled on 16 December 2004 that the detention of foreign "terrorist" suspects without trial breaks human rights laws.

Nine men are currently imprisoned without trial in Belmarsh prison, also known as Britain's Guantanamo Bay. They have not been charged with any crime and are not able to see the "intelligence" evidence against them. Their solicitors say they have been "entombed in concrete".

Charles Clarke has just taken up his new job as Home Secretary, following in the footsteps of David Blunkett, the most right-wing Home Secretary in living memory.

Charles Clarke must now release the Belmarsh Nine. Write and ask him when they will be freed.