http://www.theyesmen.org/) who impersonated a Dow Chemical spokesman and said the US company accepted responsibility for India's Bhopal disaster. 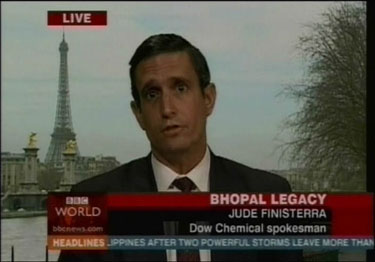 BBC World broadcast the comments twice by a man identified as Jude Finisterra, but later said it had been the victim of "an elaborate deception".

The Yes Men recently visited Sheffield and publicly endorsed the alt.doc.fest fringe documentary festival that was organised by Sheffield Indymedia: