The Bhopal Disaster of 1984 killed thousands of people in the Indian city of Bhopal in Madhya Pradesh. It was caused by the accidental release of forty tons of methyl isocyanate (MIC) from a Union Carbide pesticide plant located in the heart of the city. This event remains the worst industrial disaster in history with significant injuries to at least 50,000 people.

To commemorate the lives lost in the disaster Sheffield Indymedia has arranged for a screening of the film Bhopal Express to be shown at 6:30pm Sunday 5th December at The Showroom Cinema in Sheffield with all proceeds from the film to be donated to the Bhopal Medical Appeal.

Indymedia India has a number of articles about the disaster: Fast for clean up of Bhopal Factory Site | Cloud over Bhopal | Students at 60 Colleges on Five Continents Demand Justice 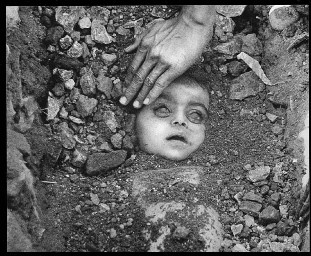 Bhopal Express explores the true story of one of the world's largest industrial disasters. The 1984 gas explosion at the Union Carbide plant in Bhopal which killed over 16000 people and destroyed the lives of 50000 more.

Championed by David Lynch and featuring Nasserudin Shah (Monsoon Wedding) and Zeenat Aman, the tragedy is revealed through the experiences of newlyweds Verma (Kay Kay), a foreman at the Carbide plant, his wife Tara (Netha Raghuraman) and their friend Bashir (Shah).

Resolutely political, the film explores the events leading up to the disaster, relives the crucial moment of the gas leak, the devastation left in its wake and the Union Carbide Corporation's refusal to accept responsibility for the tragedy.