Early this morning activists blocked Stancliffe Stone a subsidiary of Marshall’s PLC for three and a half hours using two tripods.
The action was done to show that regardless of the camp being evicted from 9 Ladies site, that Marshall’s or Stancliffe Stone are still very easy to shut down and that activists can cause economic damage in a peaceful non violent way. 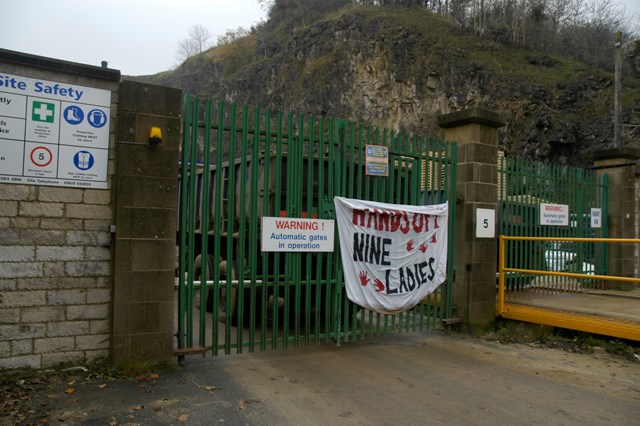 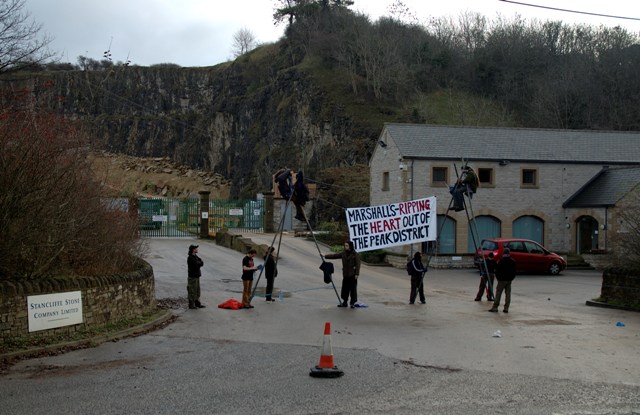 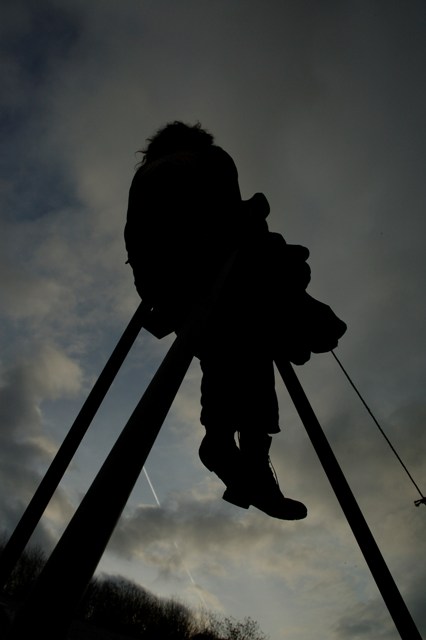 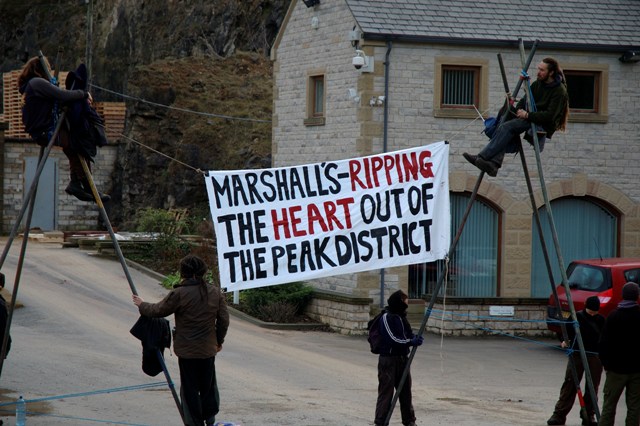 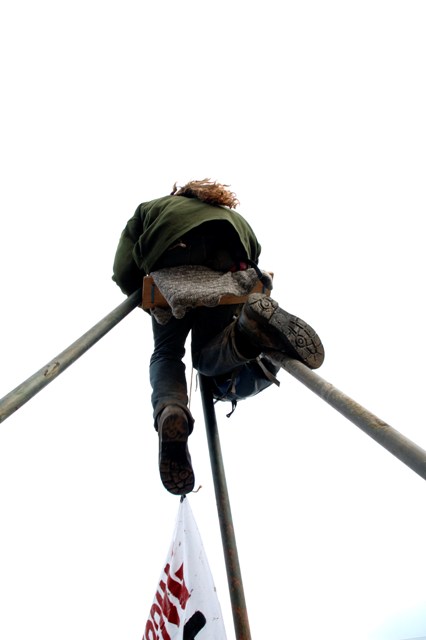 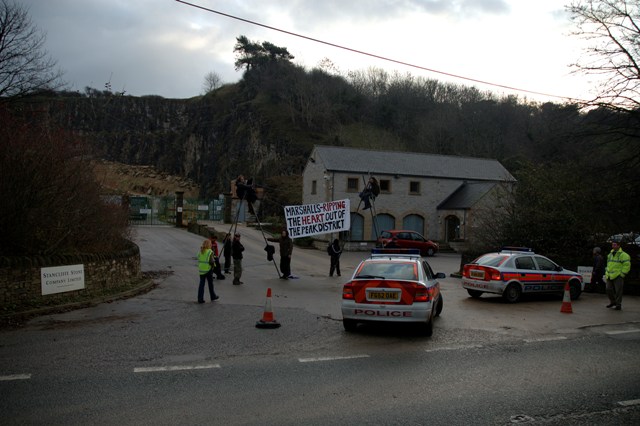 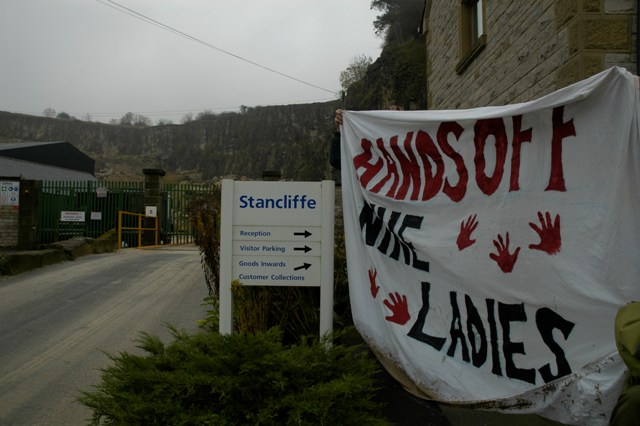 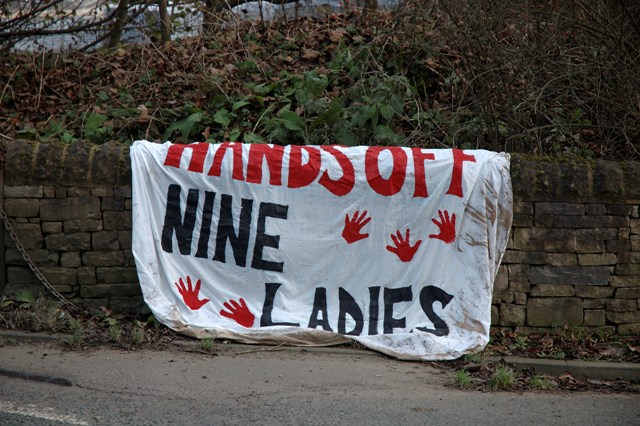 At least half a dozen lories were turned away, that had come to pick up finished products and none of the companies lorries ran during the action.
Local police were on the scene in thirty minutes followed by a variety of ever increasing police ranks and vehicles that had to park up the road because we didn’t leave them enough room to park on Stancliffe’s site. The event turned out to be quite a show for the police, as police sergeants, inspectors and chief inspectors started to turn up and went inside to speak to Mr Jones of Stancliffe Stone. Later a divisional command post turned up as well as Derbyshire’s police tripod team with the compulsory camera and video crew.

Mr Jones the head honcho of Stancliffe at first refused to come out and talk to any of us, but later, under heavy police escort stated he wished us to leave and did not want to engage in dialogue at this time, this was one of the requests made by the protest. The Chief inspector, then proceeded to read us the caution before arrest, that if we didn’t leave now we would be arrested, so after some discussion with each other it was decided that we did not want to give the police tripod team any practise at taking the tripods down and evicting the climbers on top (this way we can do it again!) and as we started to pack up our kit, Mr Jones offered for us to arrange an appointment to come and talk about the situation. There were no arrests, and police followed us up the road for a short while, where we were met by an enthusiastic local, who congratulated us on our action and offered to house our tripods, allowing us to collect them at a later date, the police miffed by missing out on a training practise walked off the other way. A further scheduled phone blockade followed by supporters who could not make the action

Stancliffe stone has been trying to Quarry the 9 Ladies site since 1999, but their plans have been stopped by activists living on site of the proposed quarrying area in the Peak District National Park, an area of outstanding national beauty and importance which is meant to be protected for its ecological value and for all people to enjoy.
In 2001 Marshall’s PLC bought out Stancliffe Stone Ltd, which is planning to open two dormant Quarries in the Peal Park, near the 9 Ladies Stone Circle on Stanton Moor (between Bakewell and Matlock). The quarrying will devastate a beautiful and valuable area of moorland and wooded hillside, as well as heavily impacting on an archeologically important site due to a loophole in the law that should protect the site.
A further 47 other dormant quarries in the peak district National Park are also vulnerable to having their dormant status lifted and being re opened as active quarries using this loophole, which will devastate the beauty of the land and communities living near by.

Further actions are planed, pending the discussions with Mr Jones