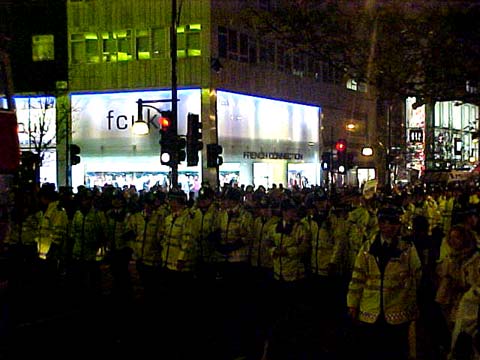 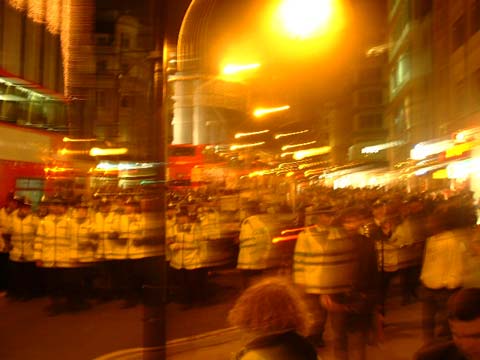 surrounded on left, supporters on right 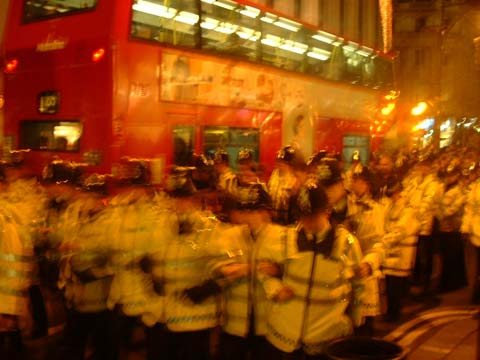 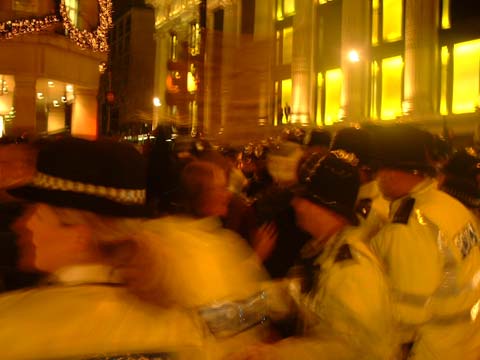 pushed at the back despite slow pace 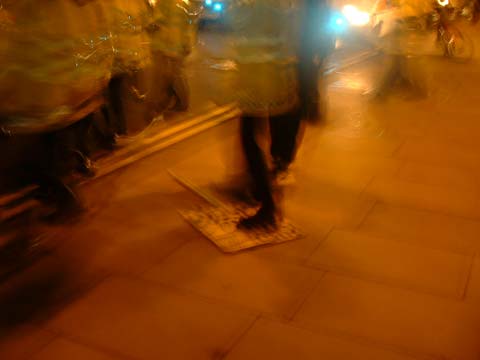 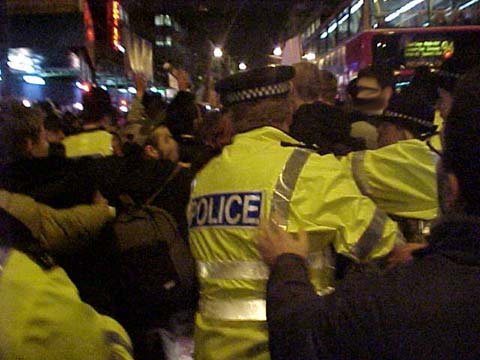 more pushing at the back 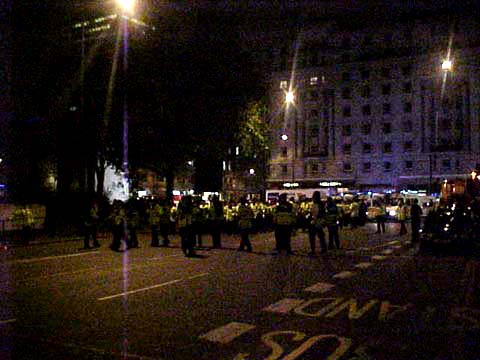 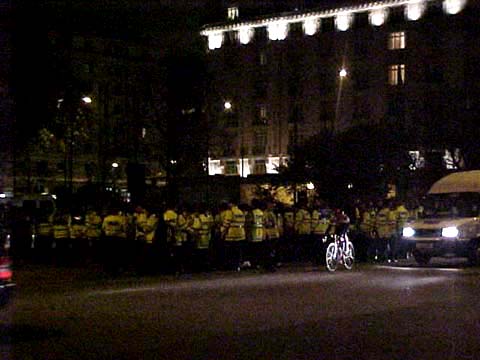 held at marble arch for over one hour and photographed

Pictures from roughly around 8-9pm down Oxford Street in London where a group including some samba drummers were surrounded by police and _very_slowly_ herded towards Hyde Park Corner.

They had been part of the hundreds who left Trafalger square at around 7.15 / 7.30pm - many breaking through police lines.

They had solid support from other demonstrators as well as from many people (shoppers / tourists etc) on Oxford Street who walked alongside on the pavement clapping in time, singing, dancing and cheering - there was also support from passing buses. Police at the back continued shoving the whole way along, and when the crowd supporting them seemed to be getting stronger the police began pushing people back and pulling several people into the cordon. After getting to hey were held at Marble Arch and slowly released after being photographed while supporters and press were threatened with arrest if they did not leave the area.

Which route did they take

Which route did they take? Up charing cross road where most people were leaving or dowm pall mall and up the haymarket or lower regent street and up to oxford circus?

Up the Haymarket way towards Piccadilly Circus and then up towards Glasshouse Street. It was here that that a few of us was spilt from the main group, with a little help from the boys in blue. And just like that... everyone simply just disappeared... It was all very strange...

The few of us that were spilt (lost), we simply made our way back to Trafalgar Square and help set up numerous bonfires. The City Police kept us amused too for a while but that's another story.

This will answer some of your comments