Sheffield Shoppers encouraged to go on a Bush Hunt

Sheffield shoppers were today attracted by samba sounds in the city centre. 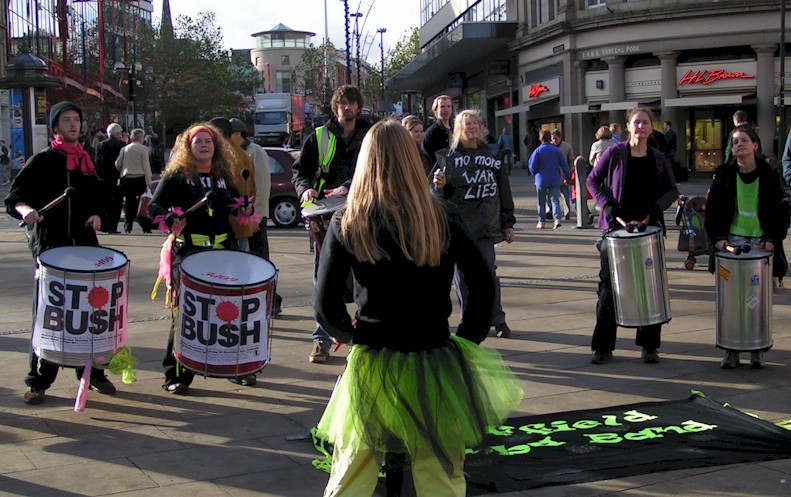 Large crowds stopped and listened as Sheffield Samba Band played on Fargate. Leaflets were given out with the message Bush Not Welcome and details of ways to voice displeasure about his visit in both Sheffield and London. People received the flyers greatfully and there was a general feeling of disgust about Bush's visit.