Some photos taken by Mozaz of an HIROSHIMA DAY COMMEMORATION in Sheffield. 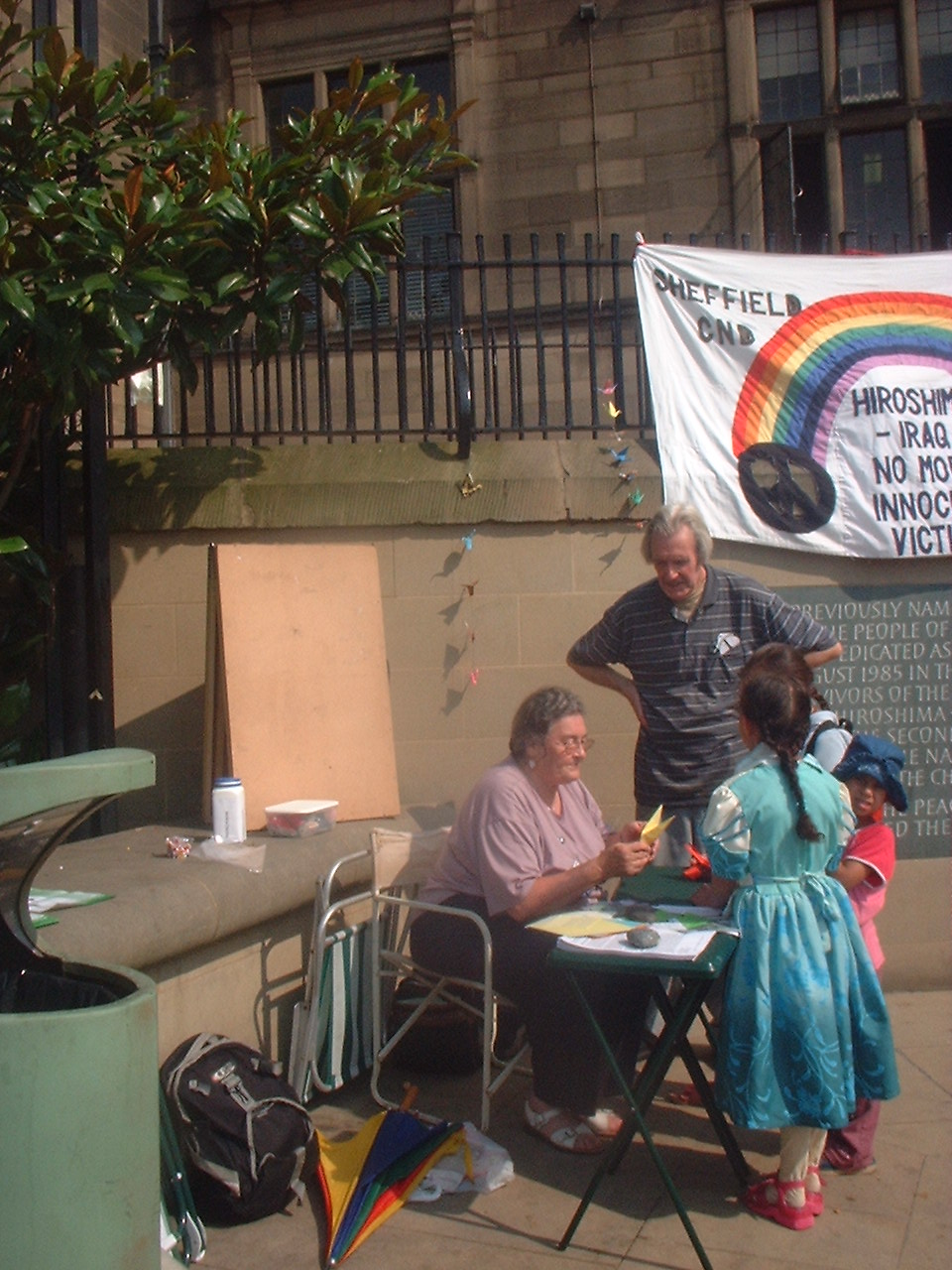 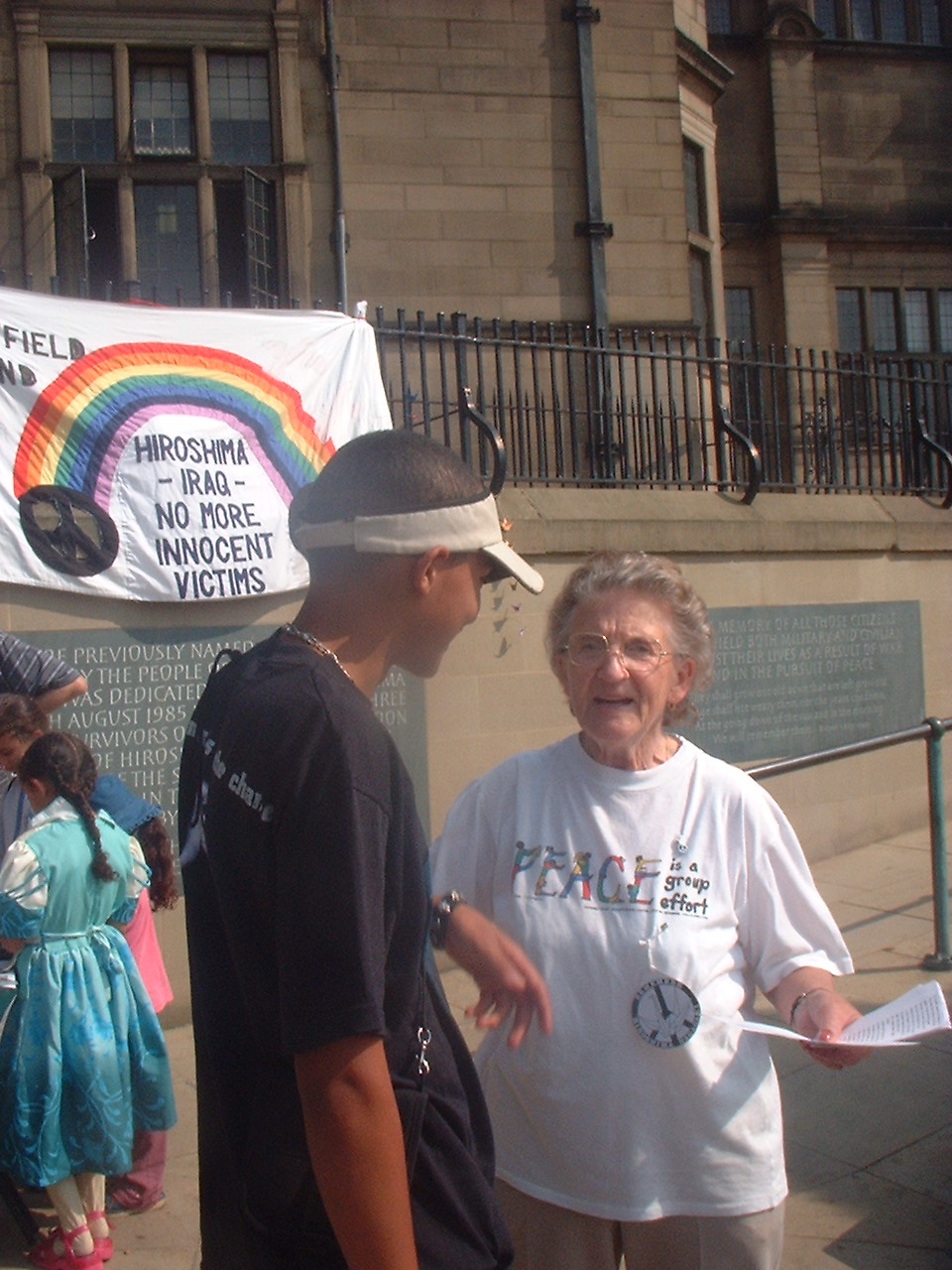 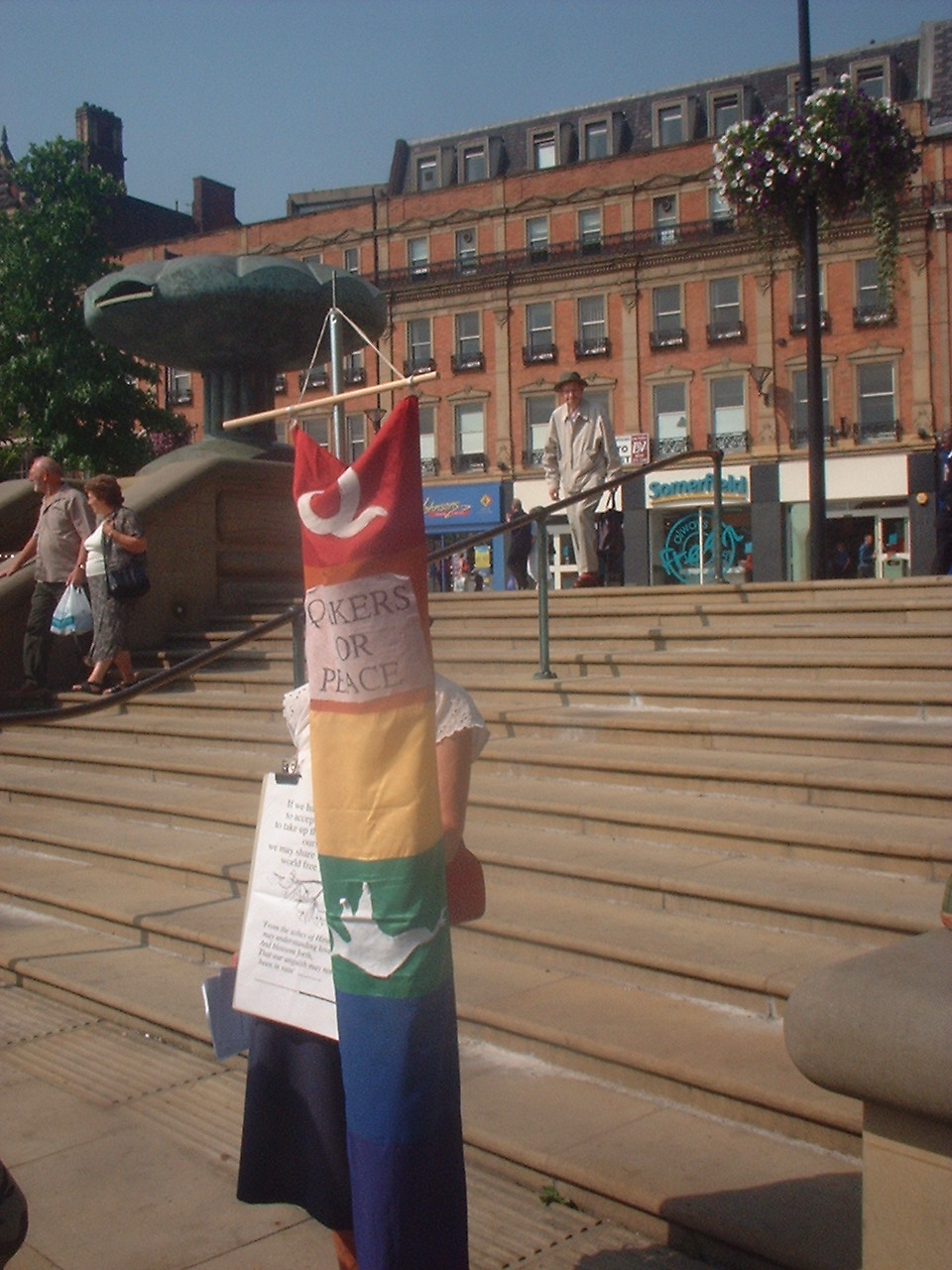 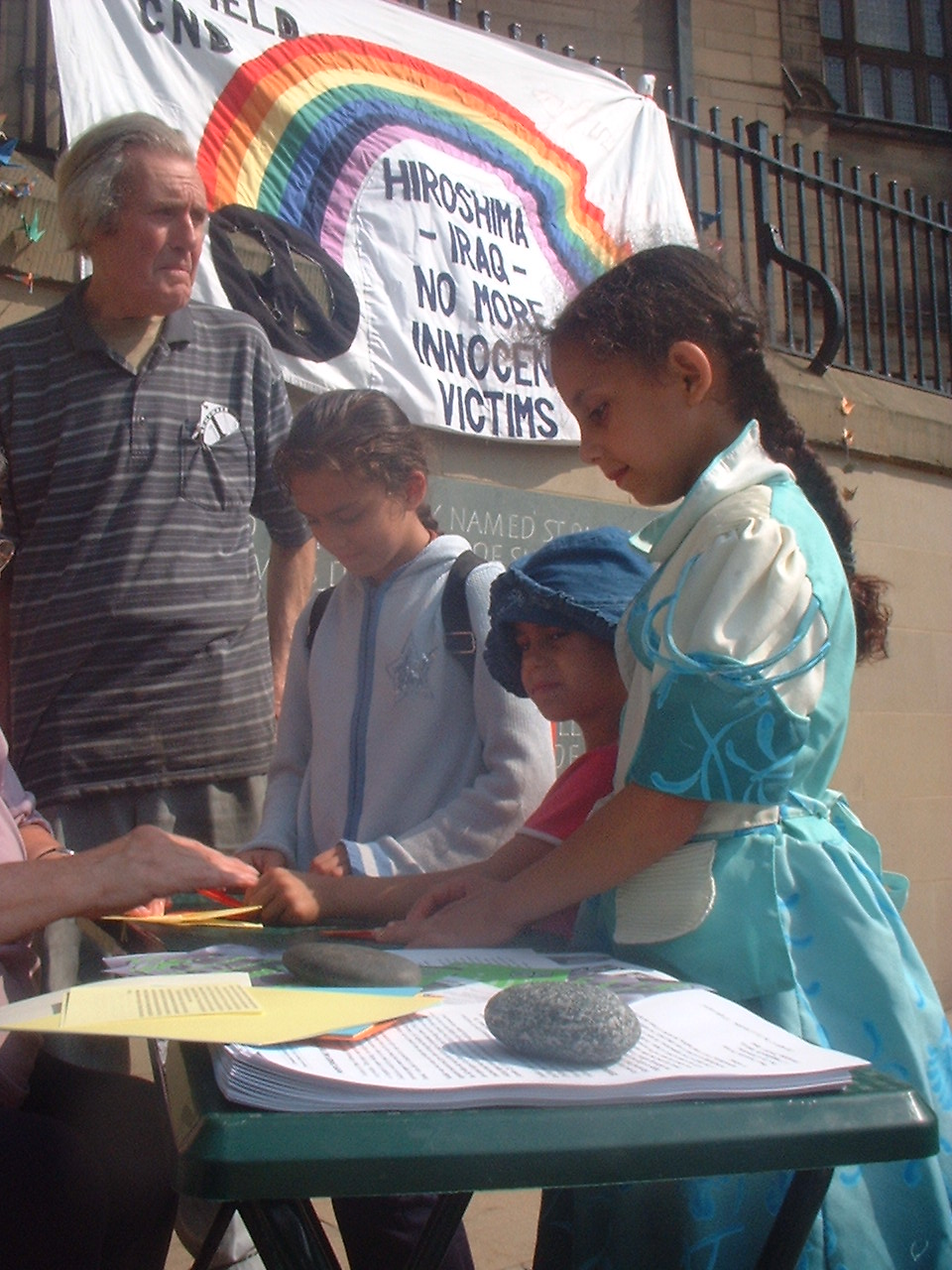 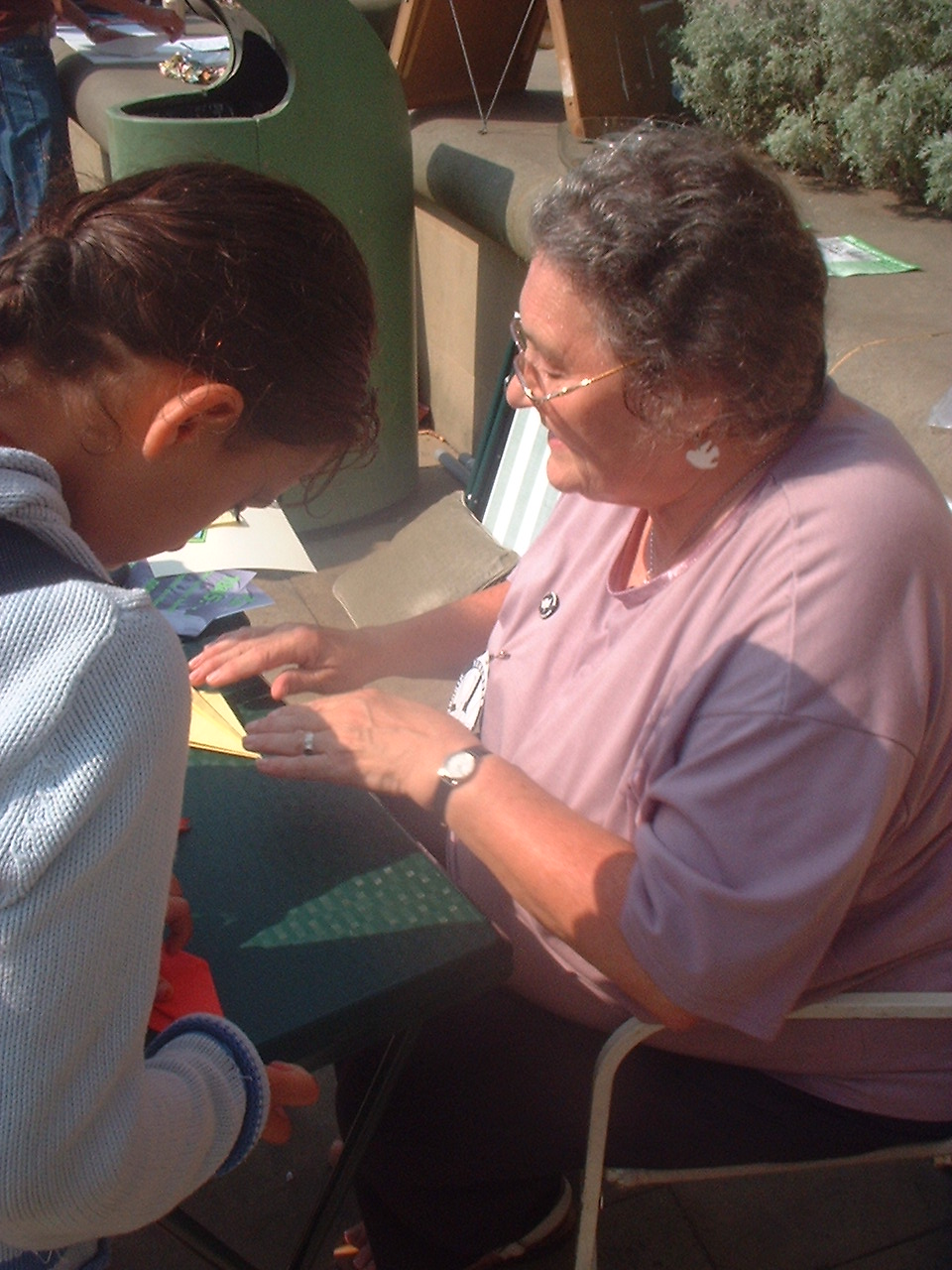 The post advertising and explaining this event can be found here:

This is taken from the Sheffield CND web site:

On 6 August in the Peace Gardens Sheffield CND will commemorate the atomic bombings of Hiroshima and Nagasaki. There will be a stall and leafletting between 10am and 4pm. The Mayor of Sheffield will attend, there will be an inter-faith service organised by Sheffield Interfaith and there will be opportunity to make paper cranes as symbols of peace in the Japanese manner.

The atomic bomb dropped on Hiroshima killed 200,000 people and that on Nagasaki 140,000 and left others terribly mutilated. The bombings were unnecessary to defeat a Japan already on the point of collapse. Now, as the nuclear powers maintain and enlarge their arsenals and other countries aspire to posess nuclear weapons, there is an increasing danger that these weapons could be used again.

There is a post here with more from Japan:

The number of people killed directly by the Hiroshima atomic bomb and those who died after exposure to radiation has now reached 231,920.

There is a IMC Japan but it doesn't seem to have much on it yet:

Nice work Mozaz but the photos are too large to download - I've only got dial up. Maybe shrink 'em down a bit next time (and just put one or two up if appropriate).

there was posted by chris him selve i got asked to take them and at the mo the only on line time i get is via an internett cafe etc.. so i can not upload etc.. but thanks chris.. for your effort.. your right though steve babe.. but we have proven this works etc..

for now my head is going bang etc
mozaz