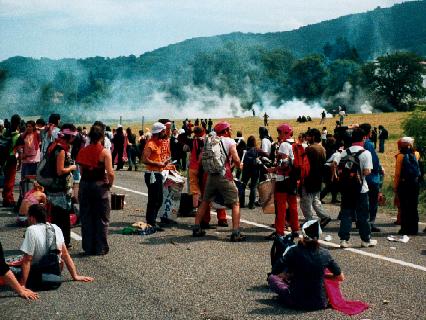 Pink and Silver Sambista from Turin at the blockade 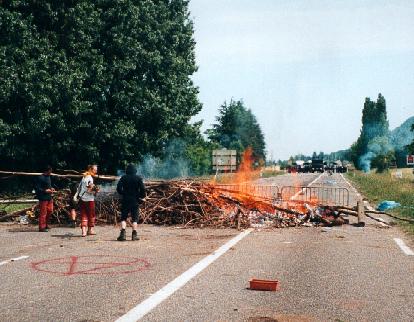 The front of the blockade with French police with water cannon.

A few of us from Sheffield Samba Band were present at the blockade of the main road from Geneva to Evian that took place at St Cergues on Sunday June 1st. This action has been described elsewhere but from our perspective it was a very effective and well organised event. It succeeded in closing the road from early morning to mid-afternoon and hence contributed to delaying the start of the summit by several hours. Different contingents coorperated closely and the local people supplied support with supplies such as boxes of apples.