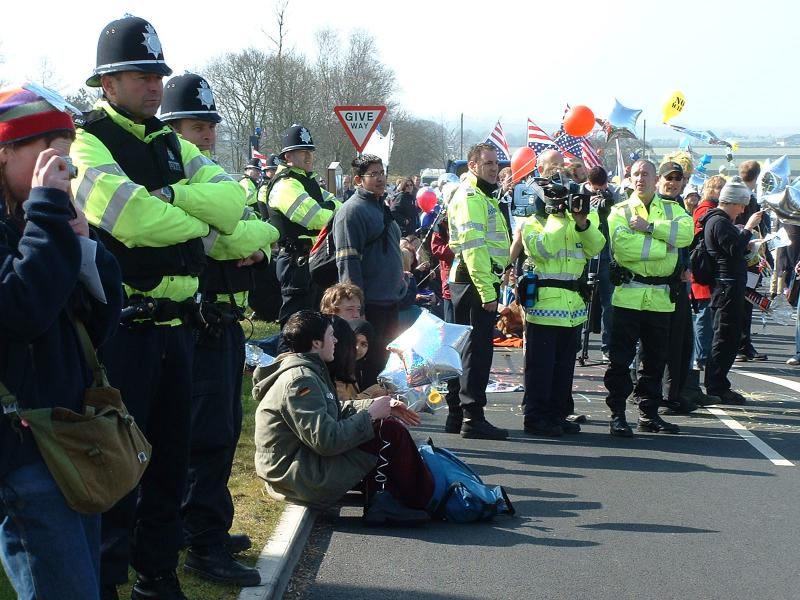 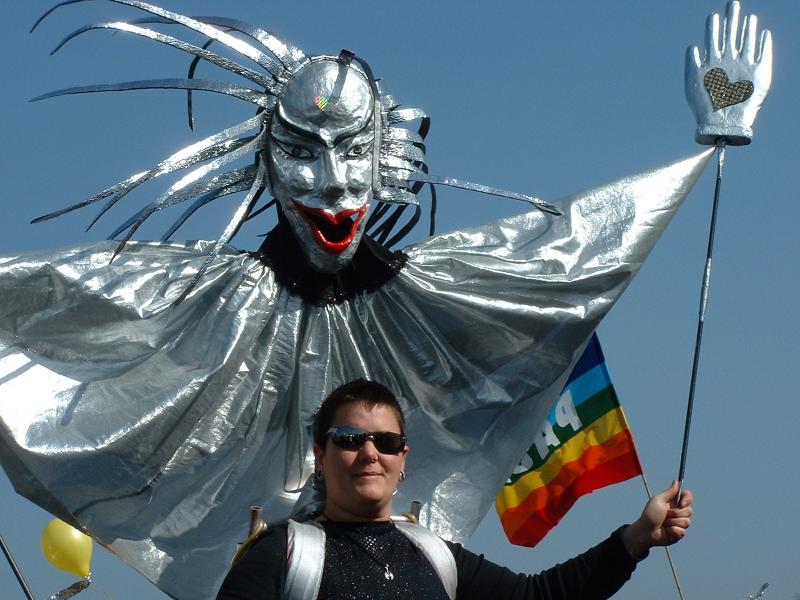 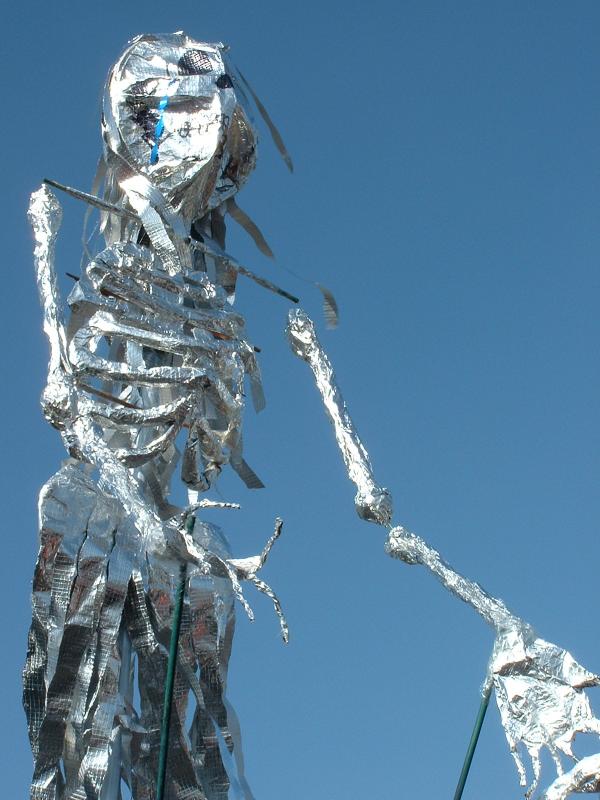 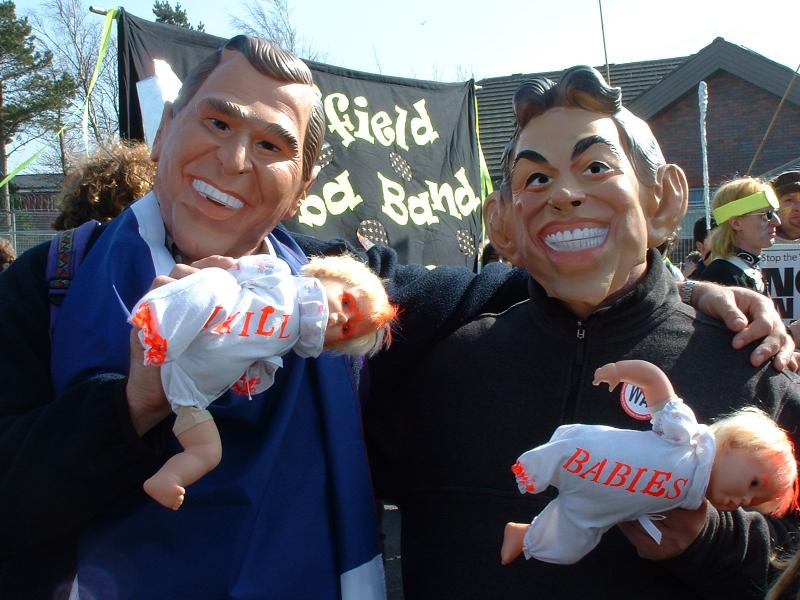 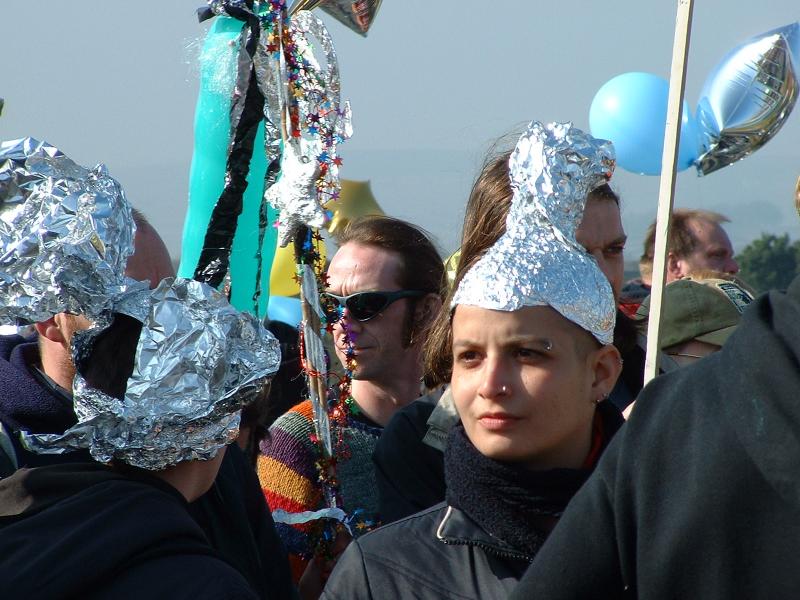 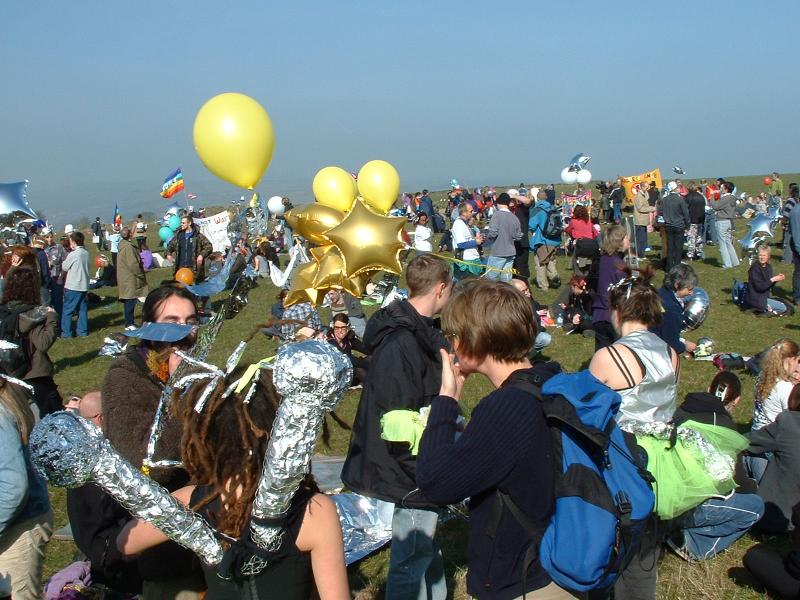 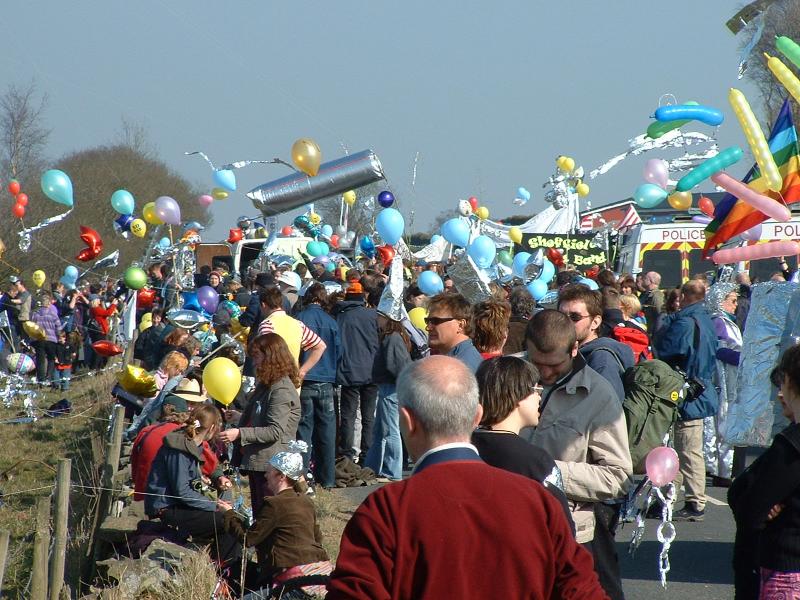 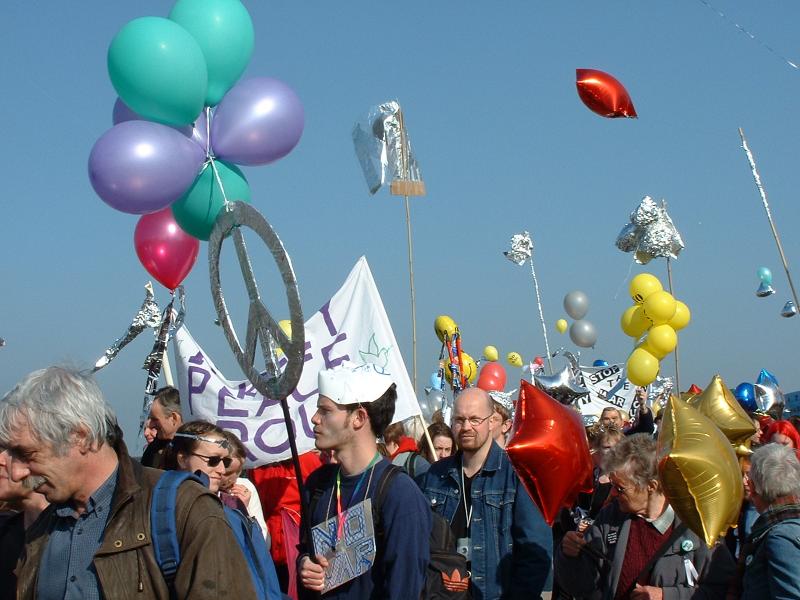 Thousands joined the Foil the Base demonstration at the US spy base at Menwith Hill on 22nd March 2003. There was a carnival atmosphere with many people dressed in tin foil, music was provided by the Sheffield Samba Band and the Trollyd Soundsystem amoung others. There were a couple of attempts to break into the base, one using rope to pull down the fence and one to dig under it. There was a heavy police presence and several scuffles and some arrests. [Photos]