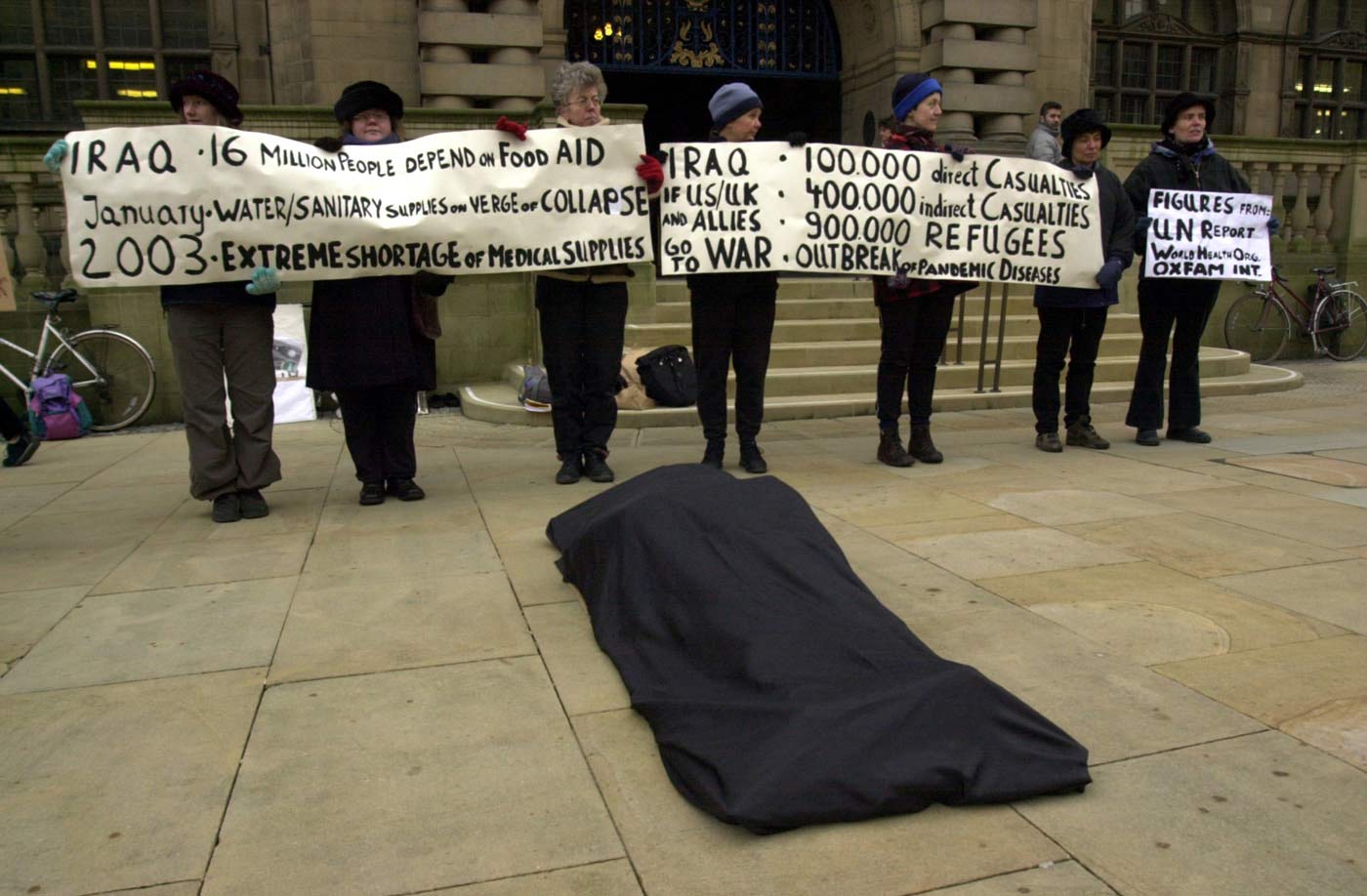 Friday lunch-time shoppers were confronted by the sight of a ‘dead’ body swathed in black, lying on the pavement outside Sheffield Town Hall. Quoting a leaked UN report on the numbers of Iraqis likely to die, starve or be wounded if US/UK attack, the silent vigil evoked a powerful response. Many people stopped and read the placards, signed letters to MPs, and took leaflets about local and national anti-war action. Children hesitated, came closer and asked ‘Is it actually a dead person?’ One woman muttered ‘Is this really necessary?’ as she stomped past the body, to which we might have replied ‘Is bombing Iraq really necessary?’
Text by River Wolton, Sheffield Women Against War,